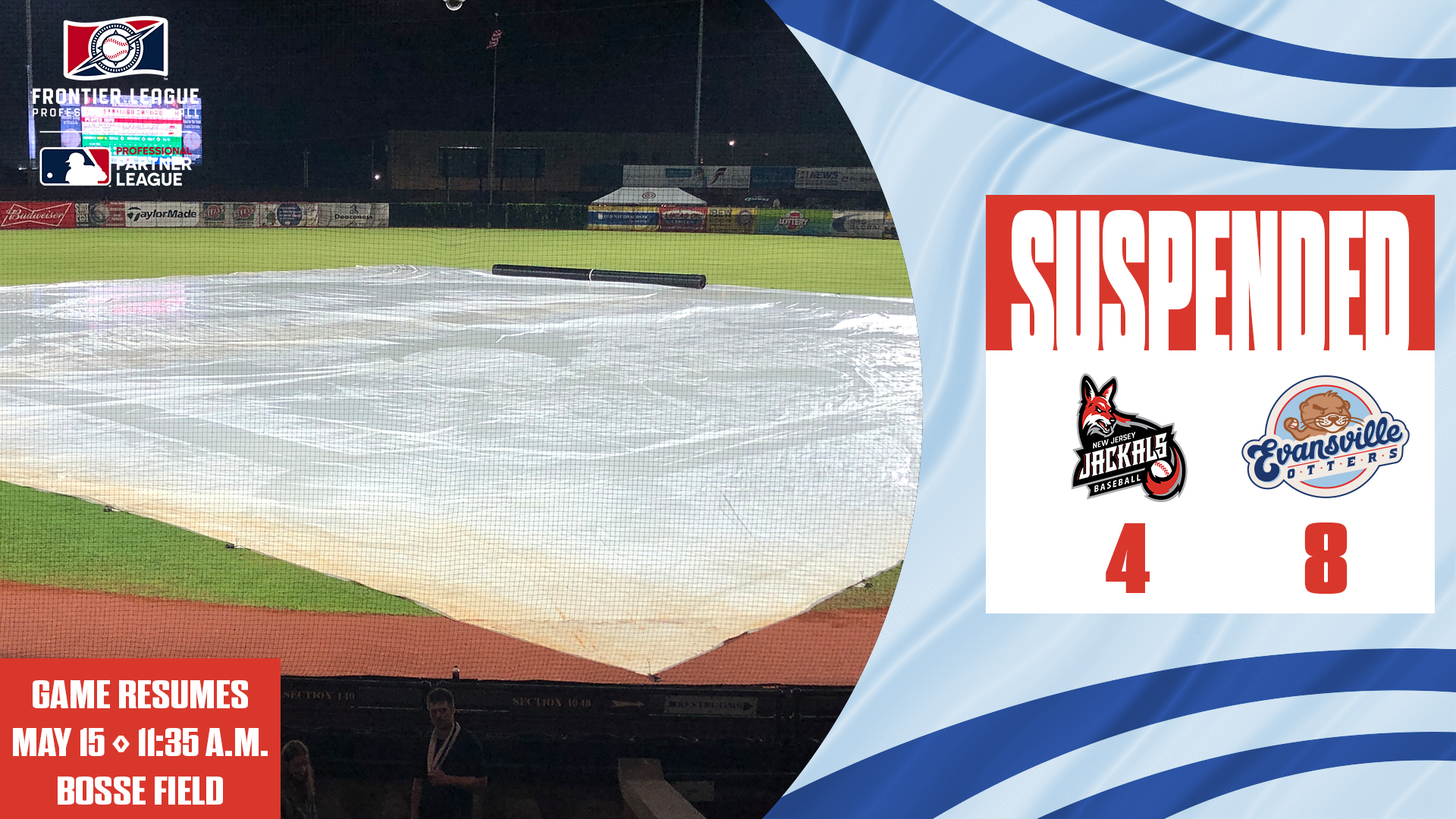 EVANSVILLE, Ind. - Despite the rain bringing Saturday evening to an early close, the Evansville Otters used a strong second inning to put themselves ahead 8-4 before the game was suspended by rain and scheduled to resume Sunday morning at 11:35 a.m. from Bosse Field.

The Jackals got things started as left fielder Alberto Marte drove in second basemen Santiago Chirino with an RBI single in the top of the first.

The Otters got things going in the second, as designated hitter Zach Biermann and shortstop Andy Armstrong both drove in runs in their first at-bats of the 2022 season.

The Jackals answered in the third with a two-run home run from center fielder Todd Isaacs.

Evansville put two runs up in the bottom half of the third, as Biermann earned two more RBIs, this time on a single, taking the Otter's lead to five.

The top of the fourth granted New Jersey with another run, scoring on a fielder's choice ball hit by designated hitter Riley Mihalik.

Storms moved into the Evansville area as the fifth inning began and the game was suspended after about 30 minutes of delay.

The current game will finish as a nine-inning game and be followed by a seven-inning game to complete the three-game set.

All tickets for Saturday night's suspended game can be exchanged at the Bosse Field box office for any future Otters' home games this season.