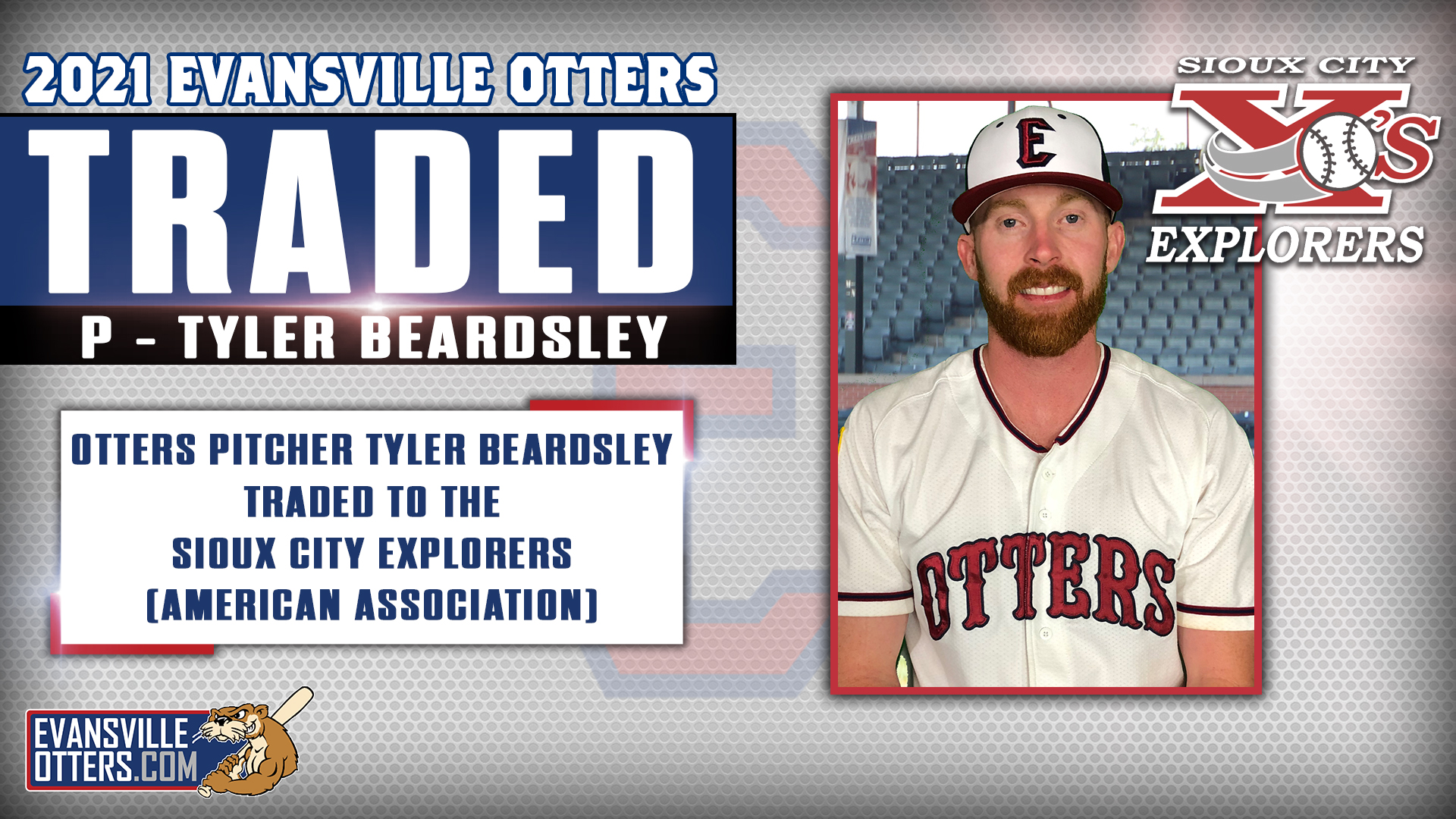 EVANSVILLE, Ind. – The Evansville Otters have finalized a deal to send starting pitcher Tyler Beardsley to the Sioux City Explorers of the American Association, ending a two-year stint in Evansville.

Beardsley, a Tehachapi, Calif. native, joined the Otters in 2018, going from the bullpen to one of the Frontier League’s best starting pitchers in 2019.

“After the 2019 season Tyler had, it’s understandable to want to challenge yourself at a higher level,” Otters manager Andy McCauley said. “He expressed his interest in pitching in the American Association and for Sioux City in particular.”

Beardsley is top 10 all-time in Otters’ history with 202.1 innings. His 20 starts in 2019 ties a single-season record, and his nine wins is tied for second. His 2019 innings pitched, earned run average, and strikeouts are top 10 in the Otters’ single-season record books.

“Tyler truly excelled playing in Evansville, and through his relationship with pitching coach Max Peterson and under Max’ guidance, he went from a middle of the pack reliever to a top starter in our league,” McCauley stated.

The California native also earned the Frontier League’s Fran Riordan Citizenship Award in 2019 for his community outreach and volunteer work in the Evansville area.

Beardsley made numerous community appearances, volunteering his time at the V.A. and at several youth day camps. He also found time to accompany the Evansville Police Department and the Vanderburgh County Sheriff Department on ride alongs.

“Off the field, Tyler’s commitment to the Evansville community was spectacular, being truly deserving of the Fran Riordan Citizenship Award,” McCauley said.

The right-hander pitched during the 2020-21 offseason in Australia for the Melbourne Aces, going 2-2 with a 4.19 ERA and 30 strikeouts in 34.1 innings. He also tossed one complete game out of his seven starts. Beardsley's Melbourne Aces squad was the 2020-21 Australian Baseball League Champions, and Beardsley was the championship game MVP after allowing only one run in six innings.

Beardsley was drafted by the Minnesota Twins organization in the 16th round of the 2016 MLB June Amateur draft out of California State University Sacramento. In 2016-17, Beardsley spent time with the Cedar Rapid Kernels, Elizabethton Twins and the GCL Twins.

“I honestly felt he should’ve been picked up by an affiliated team at some point,” McCauley added. “Now, the best thing for his career is to move on to an increased level of play.”

“We wish Tyler the best of luck with Sioux City.”