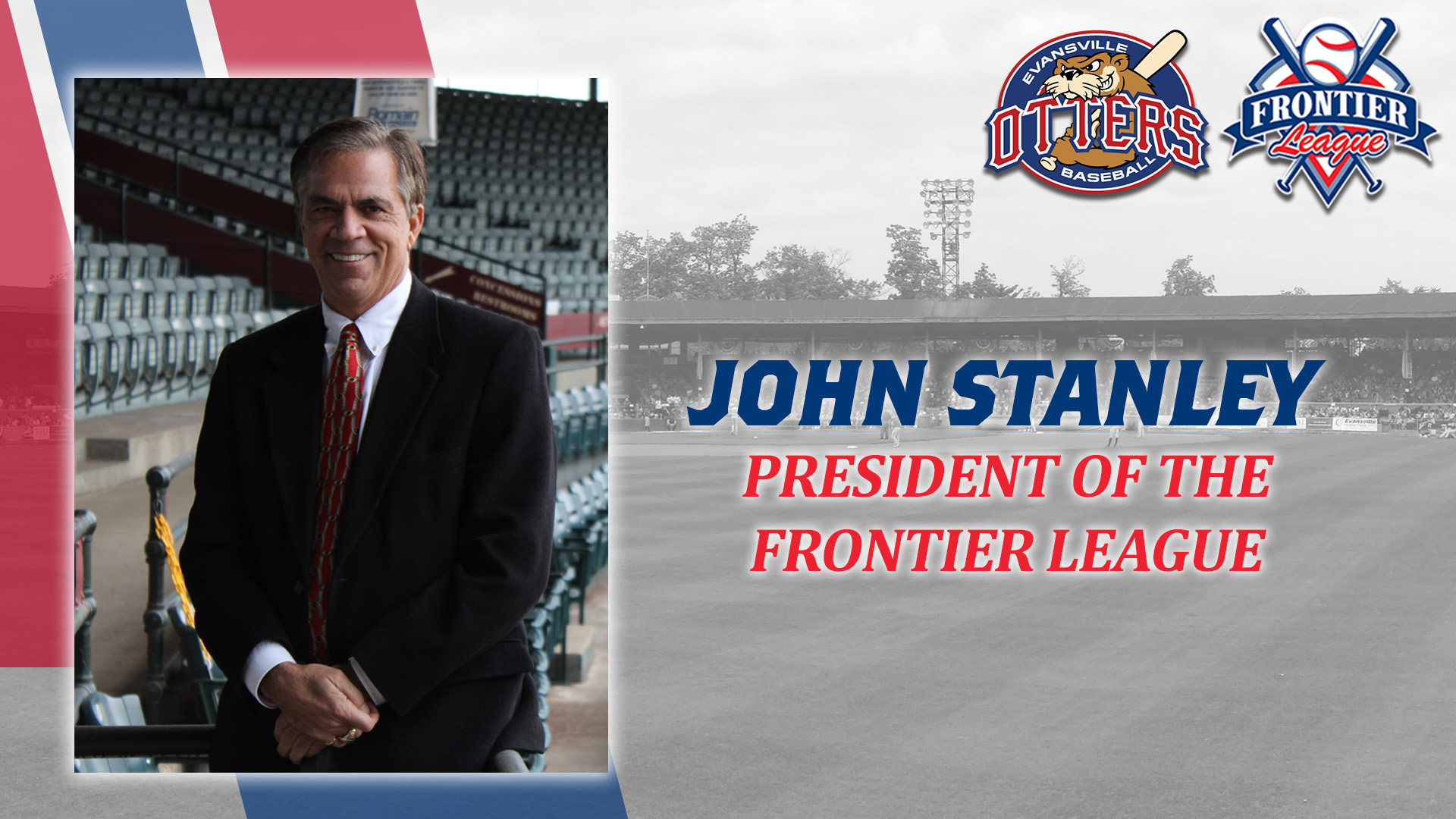 Stanley’s term as the League’s president is effective immediately.

“I am thrilled and flattered to serve a term as Frontier League President during this challenging and exciting time in the Frontier League’s history,” Stanley said. “The League’s owners and directors are very motivated, as evidenced by the League’s recent expansions and partnership with Major League Baseball.”

Stanley is in his fourth year of leadership work with the Otters, which has included guidance during Bosse Field’s recent renovations and leading the franchise to being named the Frontier League’s Organization of the Year in 2019.

“John assumes the presidency of the league on the cusp of major realignments in professional baseball,” Otters Owner Bill Bussing said. “As North America's largest independent professional baseball league, the Frontier League is poised to play a pivotal role. I can't think of a more qualified person to assume the presidency than John, given his background in banking and athletics. He was instrumental in our merger with the Can-Am League in 2019 and now faces an even bigger opportunity.”

The news comes following the announcement that Rich Sauget Sr. is retiring as Frontier League Board President. Sauget is the third President in League history. He has held the position since November of 2003.

“I have known Rich since I was five years old,” Frontier League Commissioner Bill Lee said. “Not only do I respect him as a business and community leader, but he is also one of my dearest friends. I cannot thank him enough for all the time, effort, and dedication that he has put into the League since he joined. He has been a leader in making the League what it is today, we are much better because of him.”

“Rich has been a highly respected leader in his community and the League for many years,” Stanley said. “His temperament, character, and business acumen are among a long list of positive traits that have made Rich an outstanding President for the Frontier League. I have thoroughly enjoyed our personal and professional relationship. I offer congratulations from all of the League members, for the many accomplishments achieved during his leadership tenure.”

Going forward into 2021, the Frontier League will examine expansion opportunities with potential changes to the structure of MLB and MiLB, refine the partnership arrangement with MLB, develop safe strategies to conduct a 2021 season in this era of COVID-19, enhance the marketing of the League, and construct the rules and playing schedule for 2021.

“Everyone involved is extremely hopeful we can conduct a safe season for fans in 2021,” Stanley said. “Personally, the Otters’ staff and ownership are very anxious to have a new year to show off Bosse Field’s new features that we know our fans will absolutely love.”