Otters get four selected to the Frontier League All-Star Game 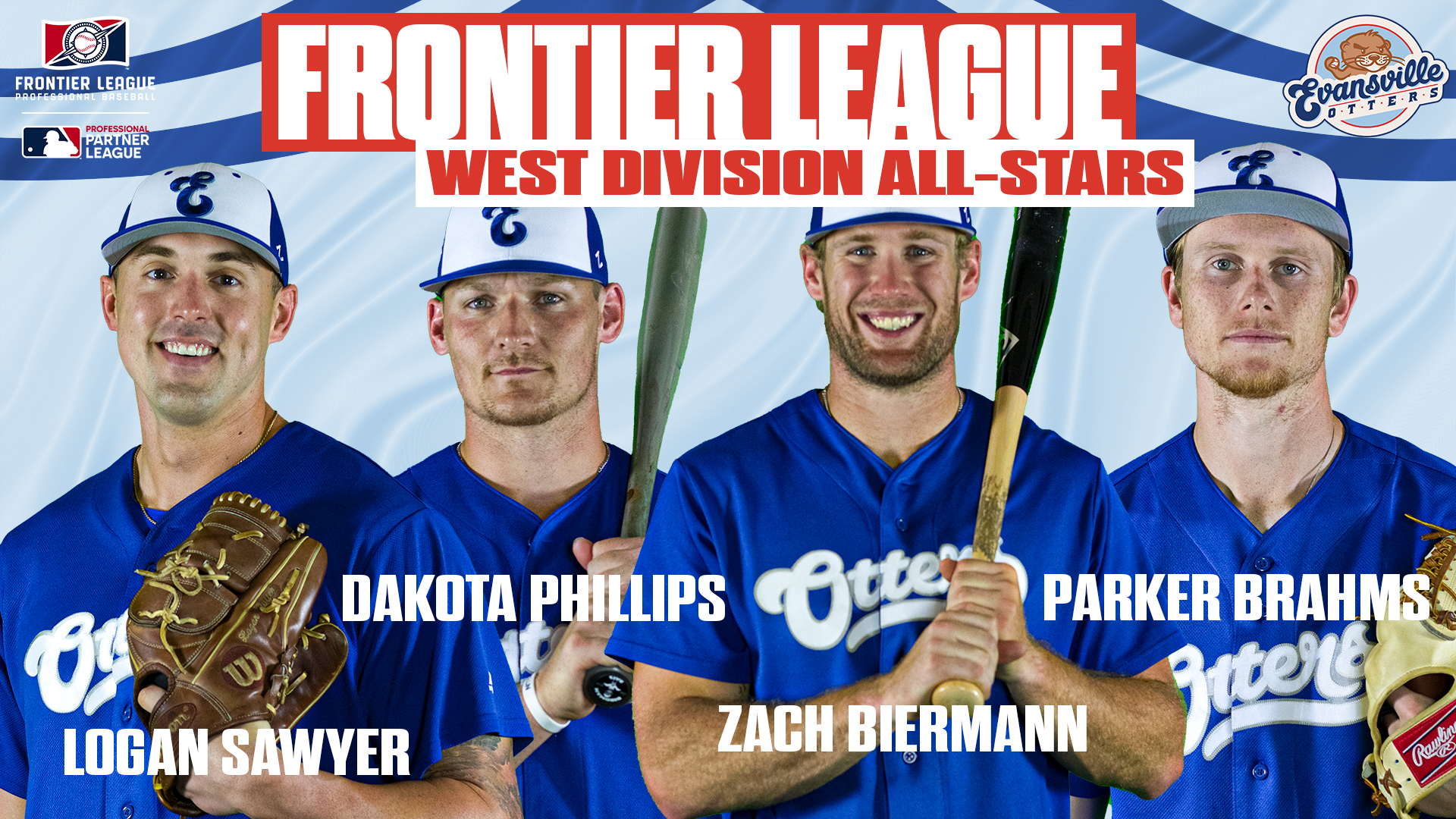 The Frontier League All-Star Game is hosted by the Washington Wild Things at Wild Things Park located in Washington, PA on Wednesday July 20 at 7:05 pm.

Logan Sawyer has been the top closer in the Frontier League in the first half of the 2022 season. He has a league-leading 14 saves. Plus, he has 26 strikeouts in 18 appearances, while claiming a 0.00 ERA in 17.1 innings pitched. Sawyer has also been locked in with his fastball, blowing it by opposing hitters at 95-98 mph clip.

Sawyer is in his second season with the Otters. In 2021, he led the league with 25 saves, which also tied an Otters’ single-season record. The Knoxville, Tenn. native was a 2021 Frontier League Postseason All-Star.

Dakota Phillips was voted to be the starting catcher behind the plate. He is batting .325 this year with 25 RBI, 9 HR and a .417 OBP. Phillips has improved his numbers in each of his three seasons in an Otters uniform.

From Nacogdoches, Texas, Phillips has 28 career home runs with the Otters, and he has shown versatility in playing both corners of the infield defense in addition to his mainstay as a catcher for the Otters.

Zach Biermann has put together one of the best offensive starts in recent Otters history. Biermann is batting .298 this year with 14 HR and a .589 SLG. He has also driven in 32 runs while scoring 42 of his own. He has played in 46 games in his first season with the Otters, rotating from left field to first base, and as a designated hitter.

Biermann is in his first season with the Otters after being acquired in a trade with the Tri-City ValleyCats. The West Bend, Wisc. native played in the Houston Astros system for two seasons after being drafted in the 23rd round in 2019.

Parker Brahms has been one of the best all-around pitchers in the Frontier League this season. He has posted a 2.55 ERA with five wins and 63 strikeouts, all three listing near the top of the leaderboards in the Frontier League. He has made nine starts and thrown in 60.0 innings. In two consecutive starts on June 21 and June 26, he recorded 13 and 12 strikeouts, respectively.

From Moorpark, Calif., Brahms spent 2021 with the Pittsburgh Pirates organization. He pitched for the rookie-level Pirates Black in the Florida Complex League and the Bradenton Marauders of the Low-A Southeast League.

The 2022 Frontier League All-Star Game will be available to watch through our streaming partner, FloSports | FloBaseball.

During the game, the Frontier League all-stars will don the jerseys of Negro League teams from their team's regions as part of a celebration of the 50th Anniversary of Josh Gibson's induction into the baseball Hall of Fame. The jerseys will be auctioned off during the game on the Wild Things' auction partner M@C's platform so that fans from all over the league can bid on and try to win their piece of history with proceeds benefitting the Josh Gibson Foundation. Tickets for the All-Star Game are available now here. It will cost $10 to sit in the lower seating bowl of Wild Things Park and $5 for tickets in the bleacher sections (the 200 level) of the stadium.