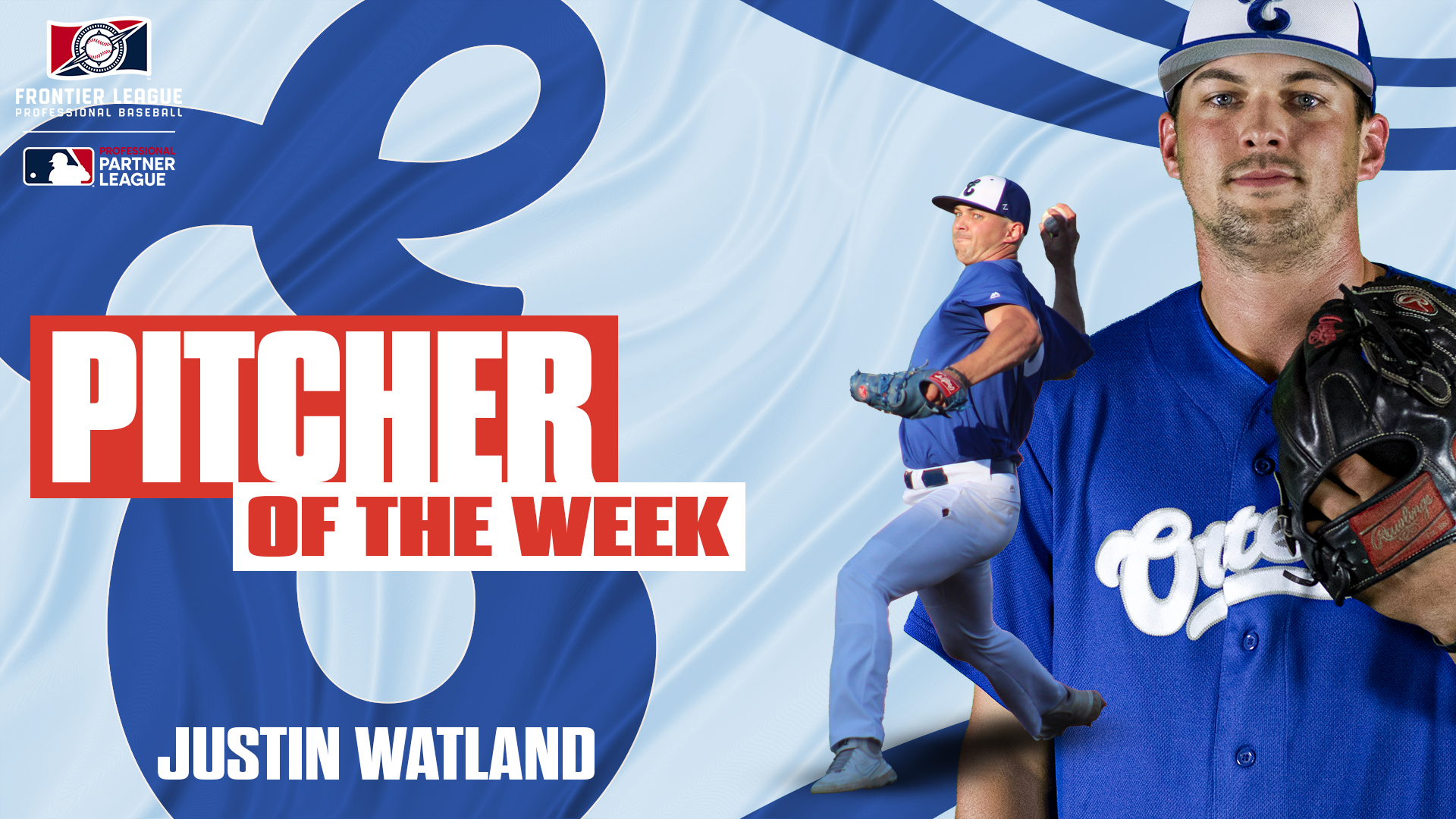 In earning the award, Watland pitched two gems on the mound in starts against the Joliet Slammers and Gateway Grizzlies, earning wins in both.

Against the Slammers on June 28, Watland struck out 11 hitters and allowed only one hit in seven shutout innings.

Watland followed that great performance by going the distance against the Grizzlies on July 3, his second complete game effort of the season.

He finished the outing against Gateway with 10 strikeouts, one off his season-high he set in the previous start against the Slammers.

Watland finished the week pitching 16 innings, allowing just five hits, striking out 21 hitters, and finishing the week with a 1.13 ERA. Watland leads the league with 68 strikeouts this season.

In his first season with Evansville, Watland has picked up three wins in nine starts, while posting a 4.36 ERA in 53.2 innings.

Watland earns the second Frontier League Pitcher of the Week honor for Evansville in the 2022 season, as Tim Holdgrafer received the accolade on May 23.

Evansville finishes a four-game series at Gateway Monday evening before returning home for a six-game homestand against Schaumburg and Florence. Watland is slated to start later in the week during the homestand at Bosse Field.