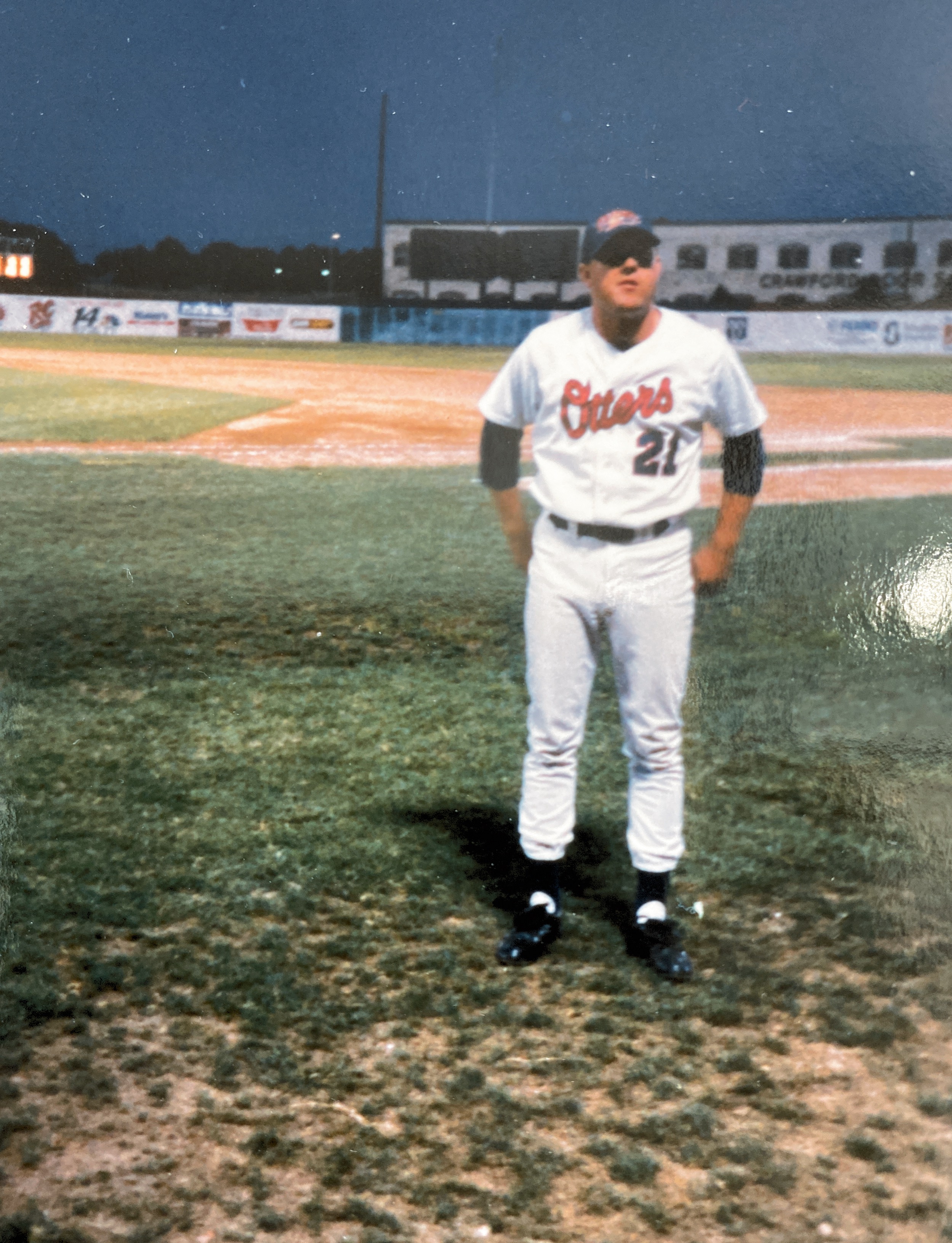 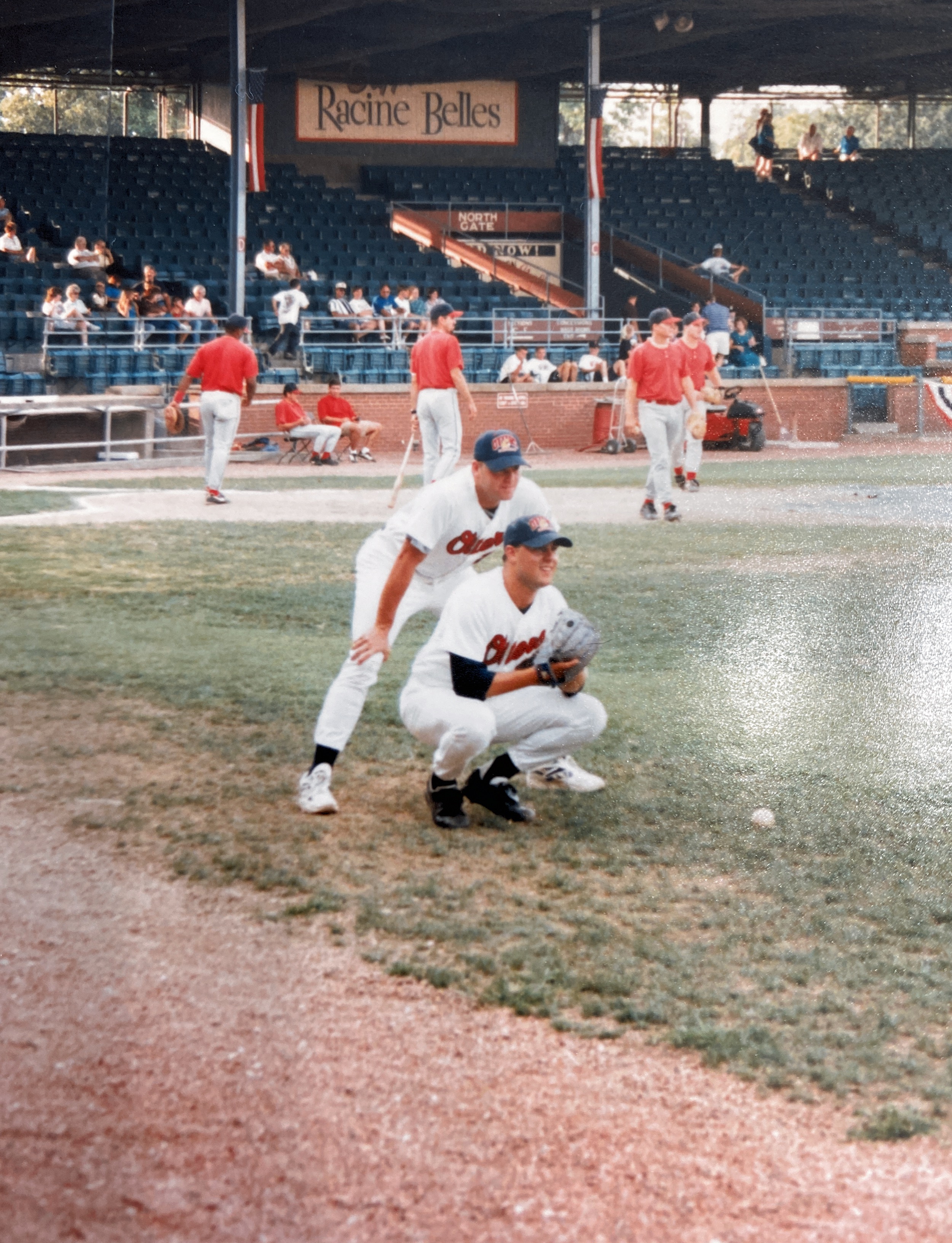 (Photos provided by the Hess Family)

SAUGET, Ill. - The Frontier League of Professional Baseball is pleased to announce the Inductees for the 2022 Frontier League Hall of Fame. Frontier League Commissioner Emeritus, Bill Lee says, “This another wonderful group of people that were
not only successful on the field, but were top quality individuals off the field. They are a great representation of their former teams and of the League.”

Tom Crowley – He played 3 seasons in the Frontier League. He was the true leader of the Zanesville Greys. He led the team to the inaugural FL Championship in 1993, with a 7-1 record and a 2.05 ERA. He garnered the Pitcher of the Year award for his efforts. Throughout his career, he proved his versatility. Besides pitching, he played every
position other than 1B and catcher.

Perry Cunningham - He was a workhorse for the Chillicothe Paints for 4 seasons from 2004-2007. Perry led the Paints to the 2005 and 2006 Championship Series. His statistics in that period place him among the career League leaders in Wins (37), Games Started (78) and Innings Pitched (497.2). He also had 7 complete games and posted a career ERA of 3.56. Perry was selected for the 2006 All-Star Game.

Jacob Dempsey - Dempsey was one of the most feared hitters in the Frontier League during his career. He was a tremendous run producer or the Washington Wild Things from 2008-2010. In his 257 games played, he had 221 RBI. Almost half of his 264 hits went for extra bases. He was named to the Frontier League Post Season All-Star team as the Designated Hitter in both 2008 and 2009.

Patrick McKenna - He was a standout Shortstop with the Normal CornBelters from 2012-2015. He was a slick fielder and compiled a .962 fielding percentage while in Normal. At the plate, he produced great numbers as well. His 59 home runs is a team record. During his career, he played as high as AAA with the Padres. He was a Post-Season All-Star
shortstop in 2013 and 2015.

Steve Ruckman – Ruckman was the most dominant 3B of his era in the Frontier League. He played for Newark in 1994 and Richmond in 1995 and 1997. He was a consistent hitter that produced a career .316 average. He also was a tremendous defender compiling a career .940 fielding percentage. He was twice named to the Frontier League Post Season All-Star Team at 3B.

Special Moment – 25th anniversary of the first no-hitter in league history. It took until the Frontier League’s fourth season for the first no-hitter. 2022 marks the 25th anniversary of Christian Hess’ performance. Hess, pitching for the Richmond Roosters, held the Kalamazoo Kodiaks hitless during the June 8, 1997, game at Mayor’s Riverfront Park in Kalamazoo. His Richmond teammates that game included Frontier League Hall of Famers Morgan Burkhart, Joe Pass, and Steve Ruckman. Hess tied for the team lead in wins with Evansville in 1996 before moving to Richmond for the 1997 season.

Ruckman and Christian Hess will have their Induction Ceremony at Evansville’s Bosse Field on Thursday, June 9, 2022. The ceremony will take place prior to the game between the Otters and the Windy City ThunderBolts. Crowley, Cunningham, Dempsey, Dudley and McKenna will all have their ceremony prior to the Frontier League All-Star Game on Wednesday July 20th in Washington, Pa.