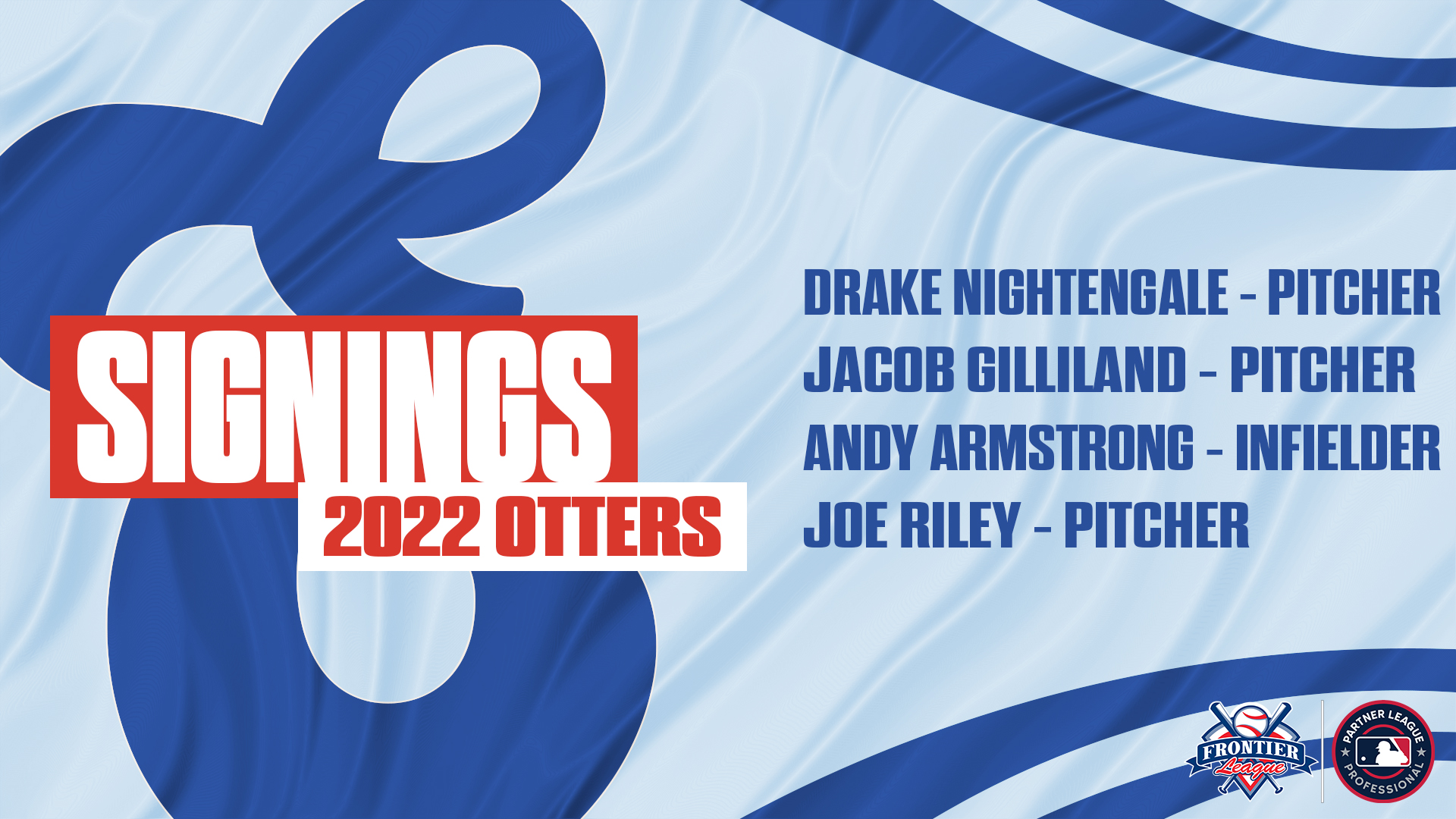 EVANSVILLE, Ind. – The Evansville Otters have added three more players to the 2022 roster in pitcher Drake Nightengale, pitcher Jacob Gilliland, and infielder Andy Armstrong, while relief pitcher Joe Riley is also returning for the Otters in 2022.

Nightengale, from Hattieburg, Miss., enters his first season with the Otters. Nightengale played in 2021 for the Chicago White Sox and New York Mets organizations.

Nightengale pitched collegiately at the University of South Alabama of the Sun Belt Conference.

Gilliland is from Ocean Springs, Miss. and enters his first season with the Otters. Gilliland has three seasons of MLB-affiliated experience. He was drafted by the Los Angeles Dodgers organization in the 32nd round of the 2018 MLB June Amateur Draft out of the Next Level Academy in Montgomery, Ala.

Last season in 2021, he pitched for the Chicago White Sox organization in the Arizona Complex League.

Overall, in affiliated baseball, Gilliland combined to go 10-6 with a 5.93 ERA in 38 appearances and 88 innings pitched. He also had one save, made nine starts, and recorded 82 strikeouts.

Armstrong, from Salem, Ore., enters his first season with the Otters after being acquired in a trade with the Ogden Raptors of the Pioneer League in exchange for right-handed pitcher Polo Portela.

In 2021, with the Raptors, the infielder batted .275 with 12 extra-base hits and 27 RBIs in 71 games. The 2021 season was his first in professional baseball after a five-year collegiate tenure at Oregon State University.

Armstrong was named to the Fort Worth All-Regional Team in his 2021 senior season with the Beavers. He was also a well-noted All-Pac 12 defensive player during his collegiate career. Overall, for Oregon State, Armstrong batted .282 with 48 extra-base hits and 71 RBIs in 192 games. He also scored a total of 84 runs.

Riley, from Alameda, Calif., is returning for his second season with the Otters and third in professional baseball. With the Otters in 2021, Riley posted a 2.51 ERA with 18 strikeouts in 10 appearances and 14.1 innings pitched.

He was acquired midseason from the Sioux City Explorers of the American Association. With the Explorers in 2021, Riley was 3-3 with a 6.18 ERA in 15 appearances, nine starts, and 59.2 innings. He had one save with 43 strikeouts.