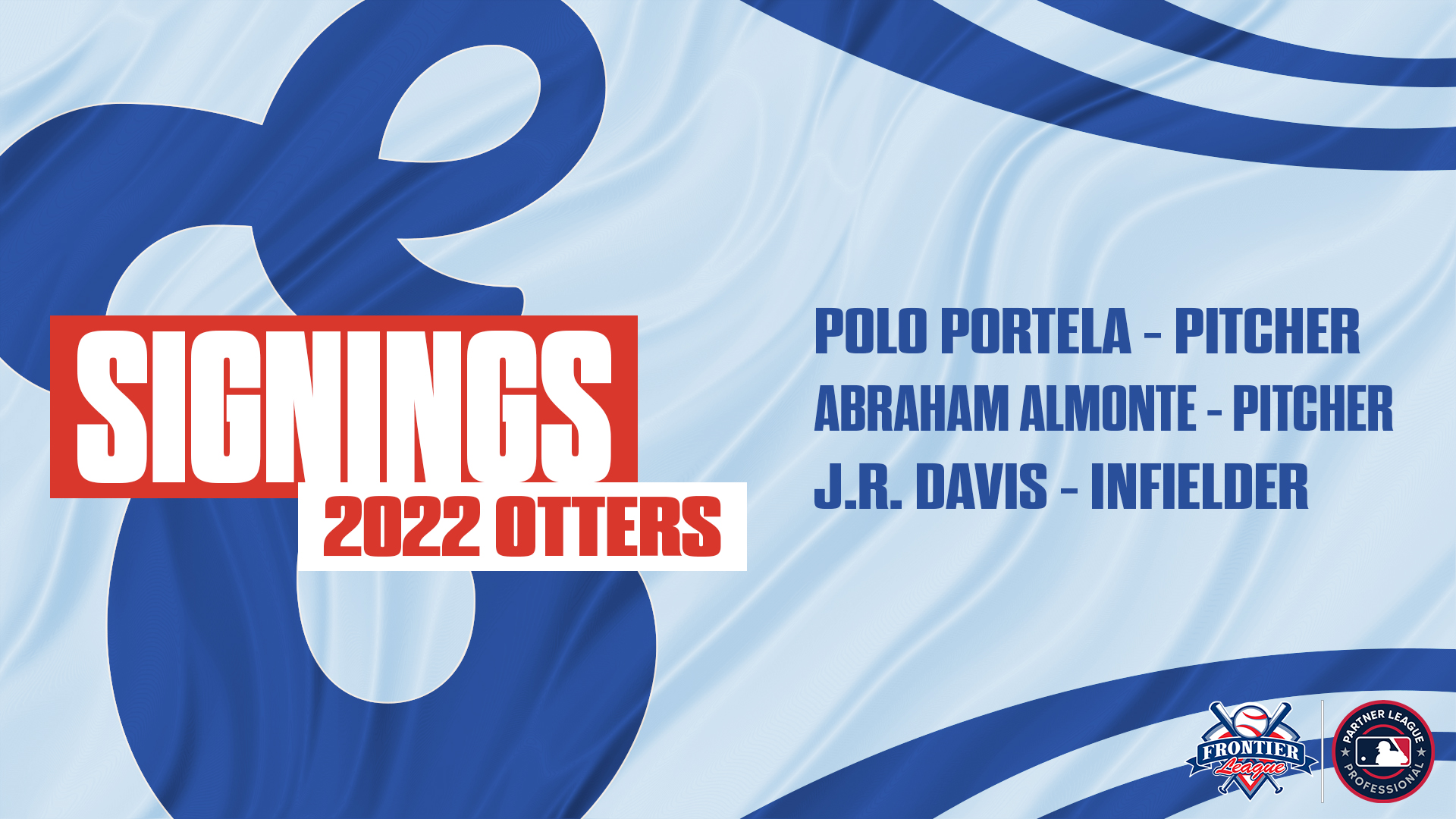 EVANSVILLE, Ind. – The Evansville Otters will have more returning experience in 2022, as pitcher Polo Portela, pitcher Abraham Almonte, and infielder J.R. Davis will be returning this season.

In 2019 with the Otters, Almonte recorded 13 strikeouts and a 4.38 ERA in 12.1 innings pitched and 14 appearances, missing the middle part of the season due to injury.

Before arriving in Evansville, Almonte spent two years in the Arizona Diamondbacks organization after he was drafted by the Diamondbacks in the 26th round of the 2017 MLB June Draft.

Davis, a Vallejo, Calif. Native, batted .316 with 54 runs, 18 doubles, a triple, eight home runs, 56 RBIs, and four stolen bases in 91 games played last season, his first with the Otters and second in the Frontier League. He previously played for the Washington Wild Things before coming to Evansville.

Davis was named a 2021 Frontier League Postseason All-Star, and his 108 hits were fourth-best in franchise single season history.

Portela, Almonte, and Davis are three out of 17 players anticipated to return to Evansville at this time in the summer. The Otters finished second in the West Division last season, finishing with the record of 57 wins and 39 losses. The Otters will strive to win their third Frontier League championship in franchise history this upcoming season with returning experience and several newcomers as well.