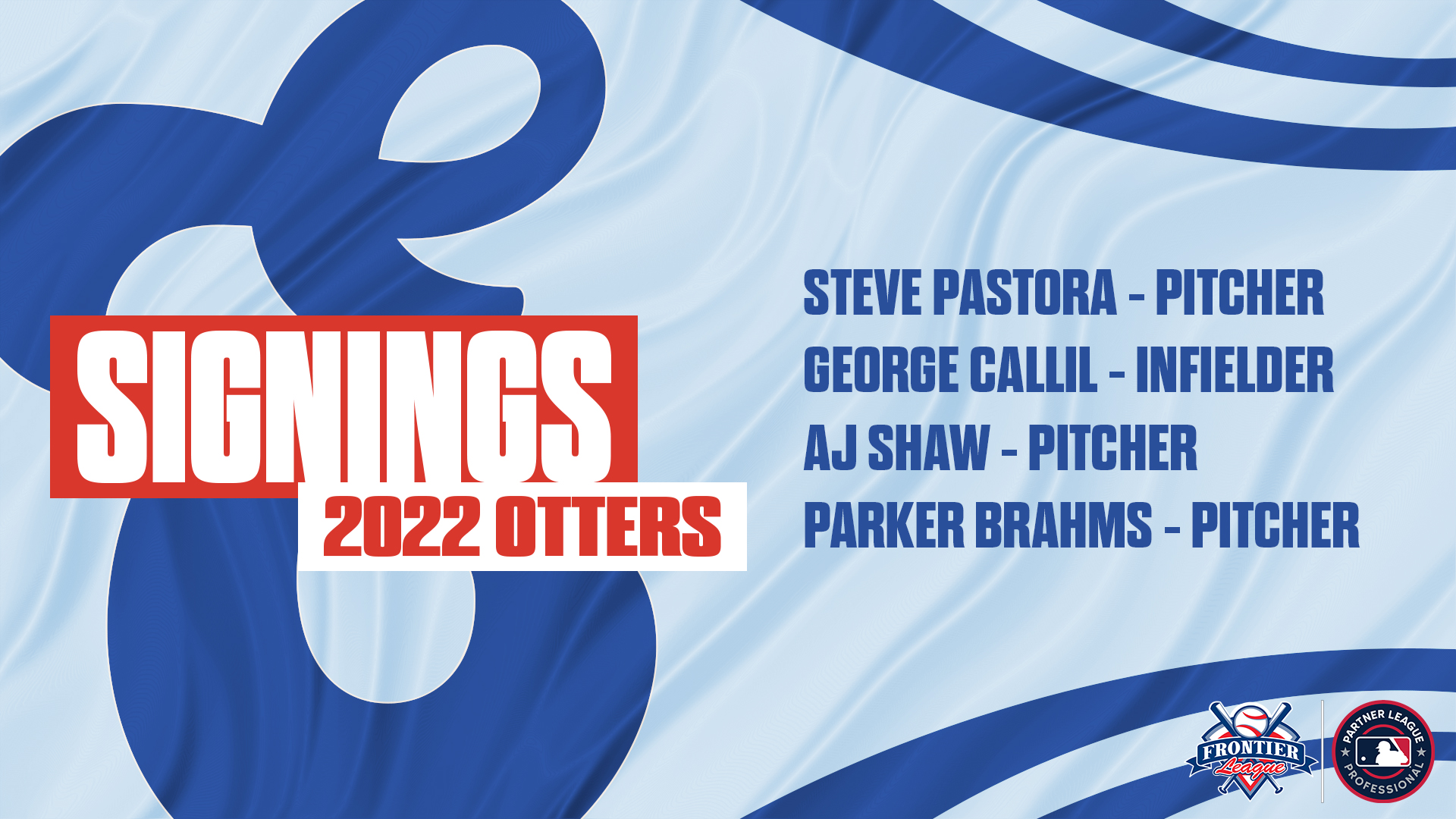 Pastora is from Sacramento, Calif. and enters his first playing season with the Otters. Pastora brings with him two seasons of professional experience, having a stint with the Wichita Wingnuts of the American Association in 2018 and with Rocky Mountain Vibes of the Pioneer League and affiliate of the Milwaukee Brewers organization in 2019.

Pastora did not allow a run in three appearances and three innings with the Wingnuts in 2018. The right-hander logged a 2.37 ERA with 19 strikeouts in 14 appearances and 19 innings pitched in 2019 with the Vibes.

The righty concluded his collegiate career in 2018 at William Jessup University, an NAIA school in Rocklin, California.

Shaw, a Topeka, Kan. native, was signed out of the California Winter League in 2022, where he suited up for the Oregon Lumberjacks. At the time of his signing with the Otters, Shaw had made nine appearances in the CWL, recording 14 strikeouts in 13 innings with one save.

Brahms, from Moorpark, Calif., spent 2021 with the Pittsburgh Pirates organization, signing as a free agent. He pitched for the rookie-level Pirates Black in the Florida Complex League and the Bradenton Marauders of the Low-A Southeast League. In total, Brahms was 2-2 in 20 appearances and 28 innings pitched with 38 strikeouts.

While at CSU Sacramento, Brahms earned All-WAC first team honors in 2017 and 2018, while also receiving WAC Freshman of the Year accolades in 2017.

Callil, from Melbourne, Australia, was acquired in a trade by the Otters with the Sioux City Explorers of the American Association. Callil joined the Explorers near the end of the 2021 season, getting only 34 at-bats.

Callil brings with him a solid glove in the infield, which he displayed collegiately at the University of South Carolina. During his 2021 fifth-year senior campaign, he started 53 games and had 29 runs, eight doubles, 15 RBIs and six stolen bases. He made just five errors at shortstop.

Prior to playing for the Gamecocks, Callil played at McLennan Community College in Waco, Texas, where he was a member of a team that had a fifth place showing at the JuCo World Series.

Callil was also the shortstop for the U18 Australian National Team that finished fourth at the U18 World Cup.