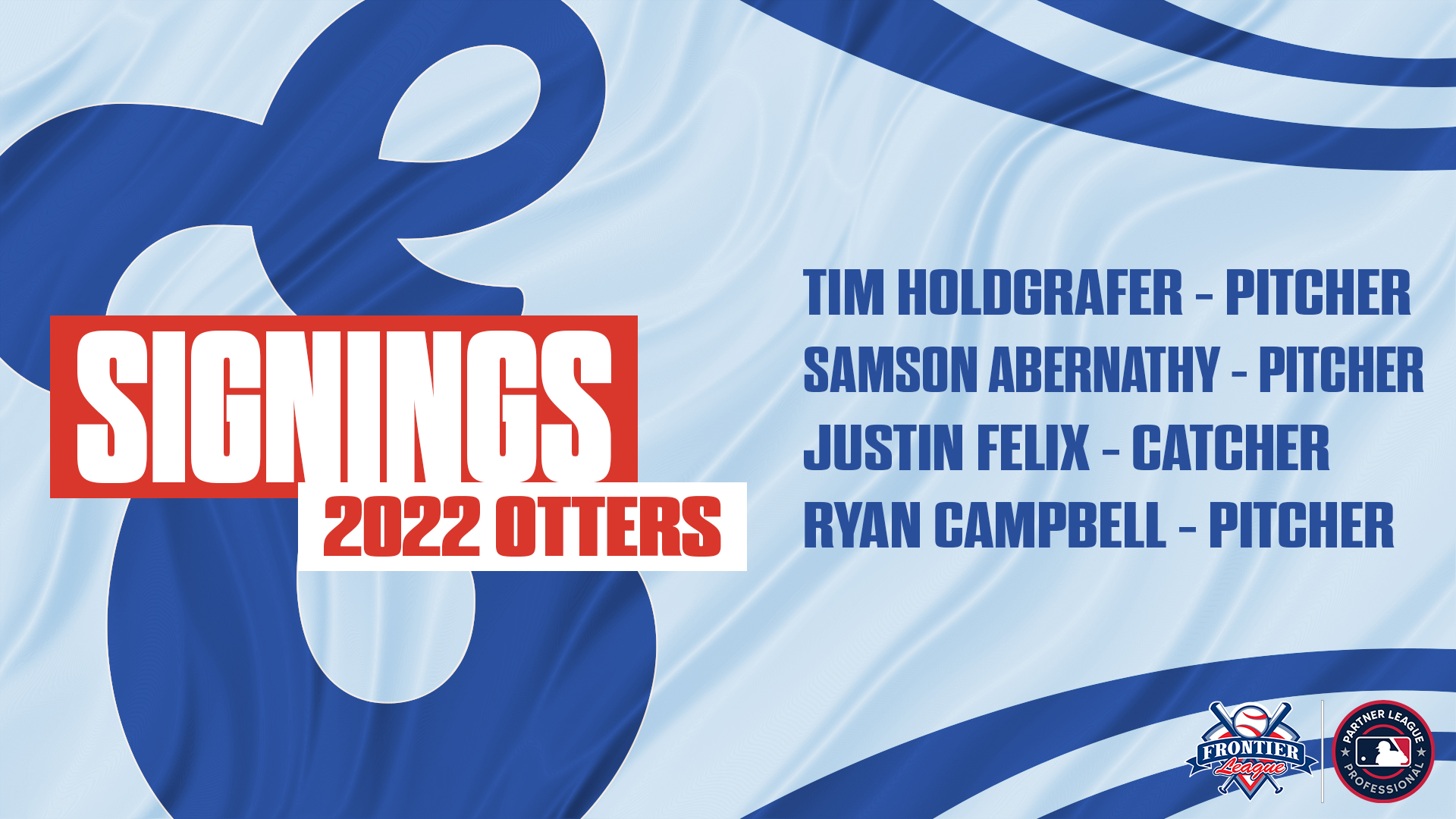 Holdgrafer, from San Diego, Calif., enters his second season with the Otters after a stellar 2021 season.

In 2021 with the Otters, Holdgrafer was 10-4 with a 3.45 ERA and 121 strikeouts in 17 starts and 104.1 innings pitched. The right-hander made his first couple appearances out of the bullpen before transitioning into the starting rotation.

Holdgrafer pitched collegiately at Cal Poly Pomona for the Broncos. In 2019 with the Broncos, Holdgrafer went 10-4 with a 4.39 ERA, striking out 86 batters in 96.1 innings.

Abernathy, out of Chico, Calif., was acquired by the Otters in a midseason trade with the Sioux City Explorers of the American Association in 2021.

With the Otters, Abernathy was 1-0 with a 3.89 ERA and 33 strikeouts in 29 appearances and 35 innings pitched. He had already struck out four and made four appearances in 3.1 innings with Sioux City before the 2021 trade to the Otters.

He played collegiately at the University of the Pacific in Stockton, California for his junior and senior seasons. Before that, Abernathy played at Feather River College in Quincy, Calif.

Following his senior year at Pacific, Abernathy was drafted by the Pittsburgh Pirates in the 27th round of the 2019 June first-year player draft. With the Bristol Pirates of the Appalachian League, Abernathy pitched in 17 games, tossing 25.0 innings, striking out 33 with 12 walks and 15 hits allowed. His ERA was 2.52.

Felix, who resides in Rio Rico, Ariz., also enters his second season with the Otters after a separate trade in 2021 with the Sioux City Explorers.

Campbell is from Indianapolis, Ind., and brings with him affiliated baseball experience with the Cincinnati Reds organization.

The Reds drafted him in the 5th round of the 2018 MLB June Amateur Draft out of the University of Illinois-Chicago. He had a two-year stint with the Reds.

Campbell finished his collegiate career at UIC, where he earned Horizon League Pitcher of the Year and All-Horizon First Team, among other accolades. Prior to UIC, Campbell pitched at Wabash Valley CC in the local tristate area.