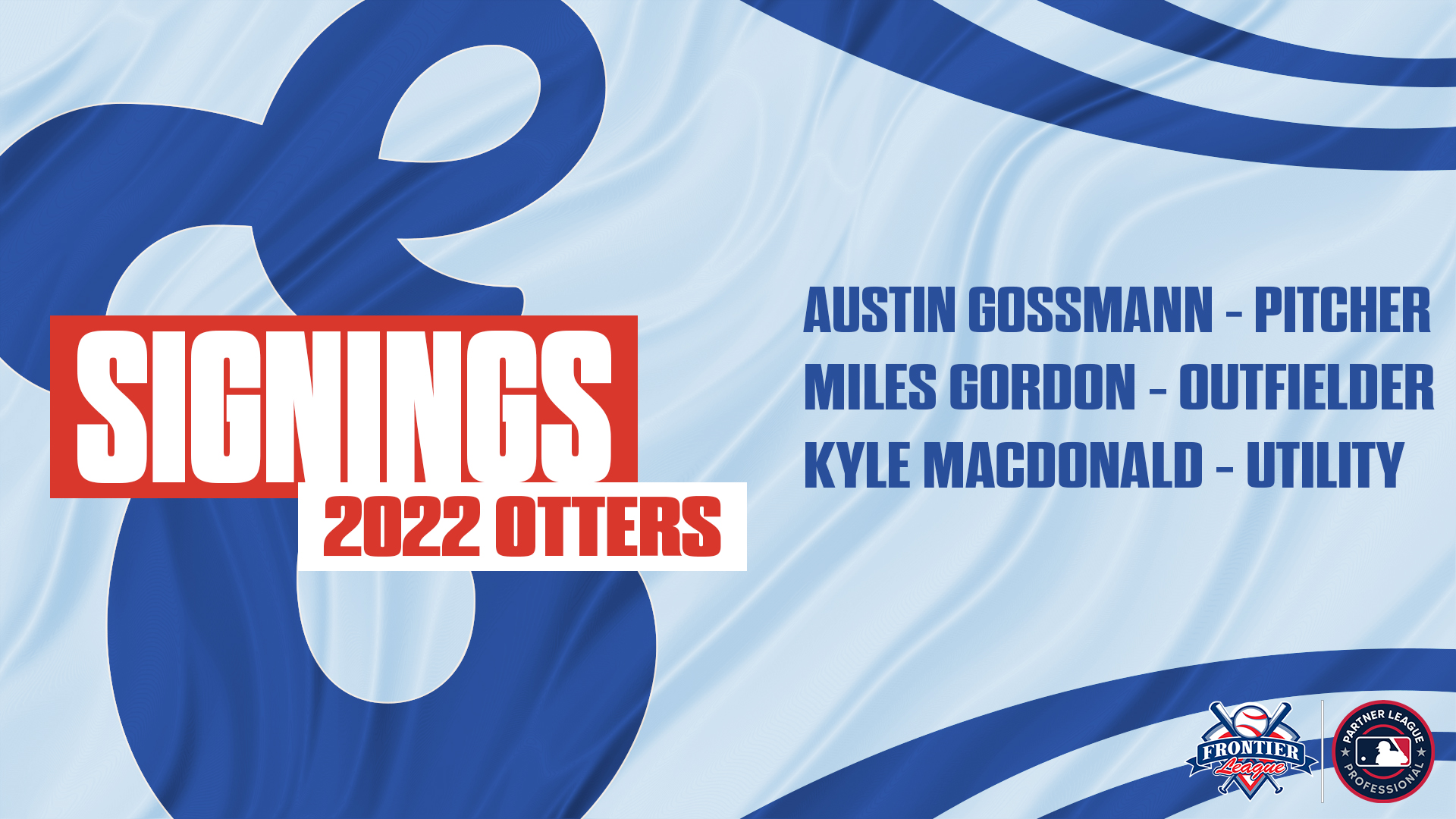 EVANSVILLE, Ind. – The Evansville Otters have signed pitcher Austin Gossmann and outfielder Miles Gordon to contracts for the 2022 season, while also adding utility player Kyle MacDonald to the 2022 roster.

Gossmann joined the Otters in 2021 following his senior season at the University of Southern Indiana, just down the road from the Otters’ home ballpark at Bosse Field.

Gossmann pitched at USI for three seasons between 2019-2021, with an overall win-loss record of 9-8.

Before attending USI, Gossmann pitched his freshman year at the University of South Alabama. Gossman is a graduate of Avon High School, just outside Indianapolis.

Gordon, from Oakville, Ontario in Canada, also comes off his first season with the Otters. He batted .252 with 54 runs, 20 extra-base hits, 32 RBIs, and 25 stolen bases in 84 games played with the Otters.

The outfielder also brought with him five seasons of experience with the Cincinnati Reds organization.

Gordon was drafted by the Reds in the fourth round of the 2015 MLB June Amateur Draft out of St. Ignatius of Loyola Catholic Secondary School in Oakville, Ontario.

MacDonald is from Mississauga, Ontario and is entering his first season with the Otters in 2022. He spent 2019 and 2021 with the New York Yankees organization, most recently with the Hudson Valley Renegades of the High-A East League in 2021.

MacDonald was drafted by the Yankees in the 27th round of the 2019 MLB June Amateur Draft out of Arkansas State University. Overall, with the Yankees organization, MacDonald batted .289 with 23 runs, 13 doubles, six home runs, and 36 RBIs in 57 games played.

The versatile McDonald played collegiately at Crowder College before transferring to Arkansas State for his final couple seasons. He earned several accolades and set numerous records at both schools.