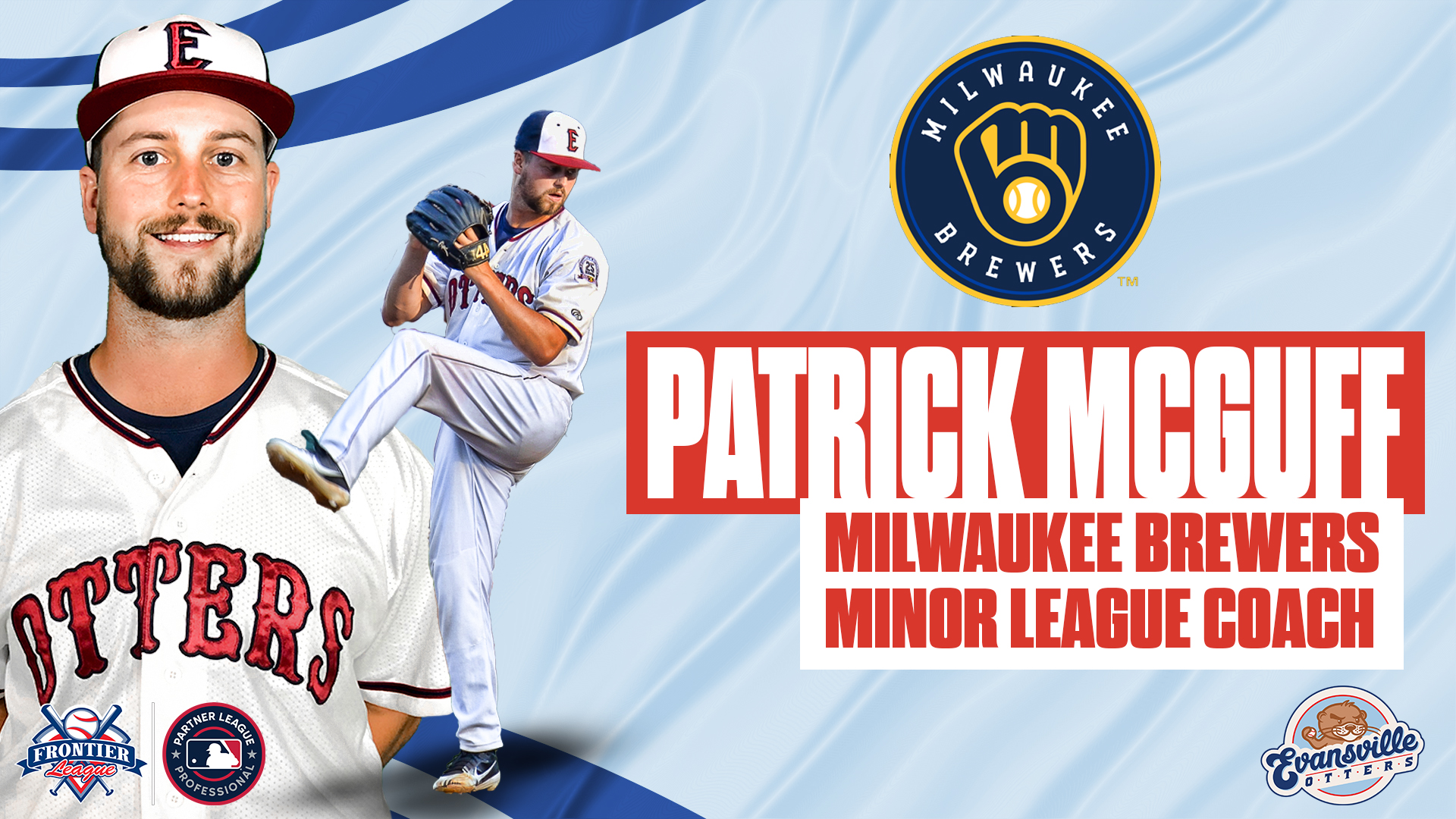 EVANSVILLE, Ind. – Former Evansville Otters pitcher Patrick McGuff has been hired by the Milwaukee Brewers organization to be a player development coach at the minor league level.

It has yet to be determined where McGuff will be assigned in the Brewers’ farm system, but McGuff is likely to be assigned to one of the Brewers’ Single-A affiliates, starting his Minor League coaching career with either the High-A Wisconsin Timber Rattlers or the Low-A Carolina Mudcats.

“It couldn’t happen to a better guy,” Otters pitching coach Max Peterson stated. “He was always looking to learn and grow as a player, and it continued in his career as a coach.”

“I’m excited to see what his future holds because it’s very bright. Patrick is one of the best people I’ve met in this game.”

Most recently, McGuff spent two seasons as a volunteer assistant coach with the South Carolina Upstate baseball program, working with the pitchers. McGuff helped their pitching staff become one of the best in the Big South Conference and highly ranked among many statistical categories on a national level.

McGuff was a starting pitcher for the Evansville Otters for parts of 2018 and 2019. He was signed out of Evansville in 2018 by the Cincinnati Reds organization and signed from the Otters in 2019 by the Arizona Diamondbacks organization.

The former 36th round MLB draft pick out of Morehead State was one of the most dominant starters in the Frontier League while with the Otters.

In his last start in an Otters’ uniform on June 7, 2019, against the Schaumburg Boomers, McGuff went the distance, tossing a shutout. That day, he struck out 11 and had only a single hit off him.

“I couldn’t thank the coaching staff and the Evansville Otters organization enough for everything they’ve done to help further my career in baseball,” McGuff said.