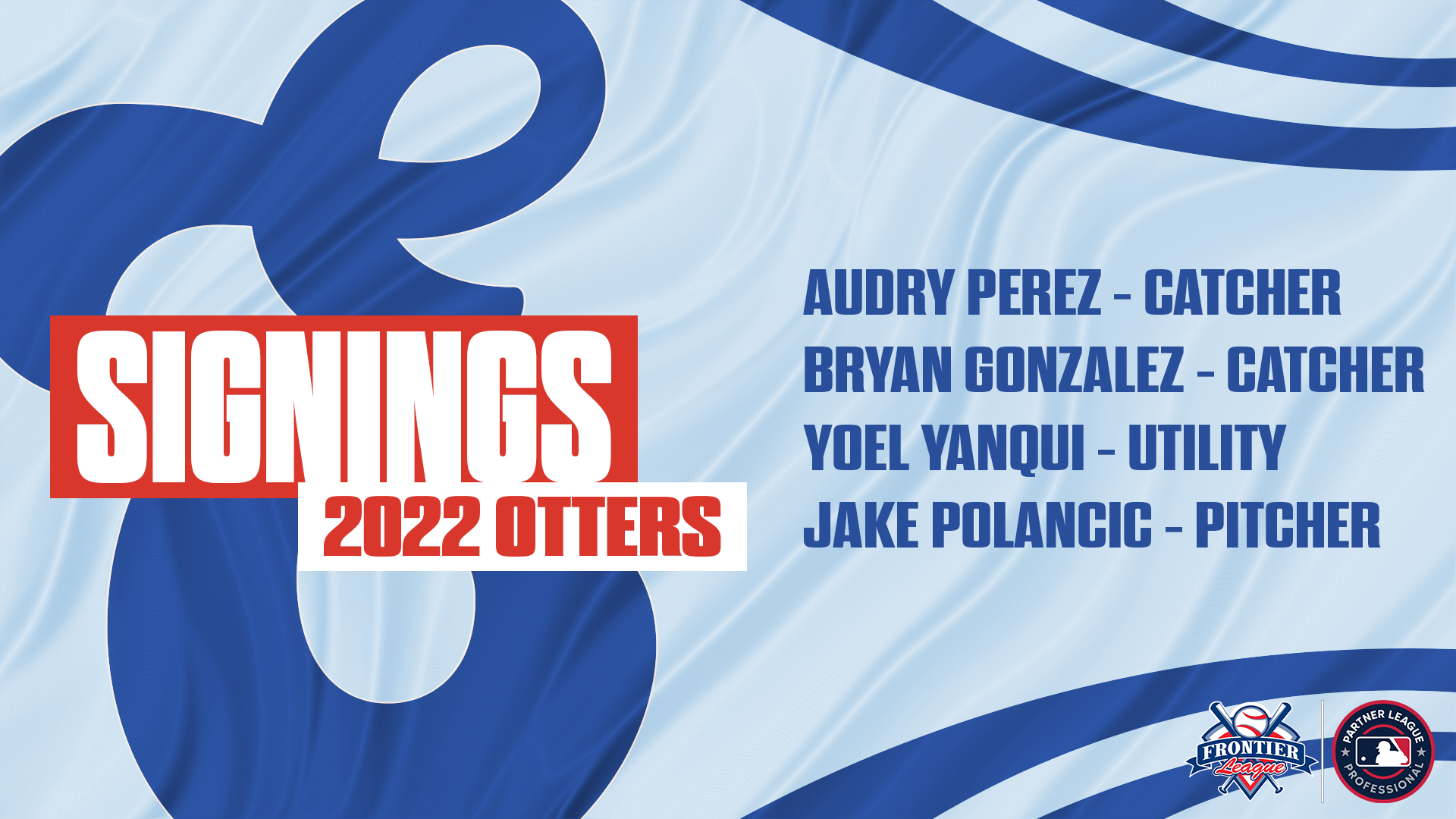 EVANSVILLE, Ind. – The Evansville Otters have signed four players in the early offseason months for the 2022 season, including former Major Leaguer Audry Perez along with Bryan Gonzalez, Yoel Yanqui, and Jake Polancic.

Perez, a Santo Domingo, Dominican Republic native, is a catcher with professional baseball experience since 2008 as a rookie with the St. Louis Cardinals organization.

The backstop was with the Cardinals organization through 2014, recording appearances with the MLB St. Louis Cardinals in 2013 and 2014. Perez served as a minor league call-up and backed up the likes of Tony Cruz and Yadier Molina.

From 2015-18, Perez played at the high Double-A and Triple-A levels of the Baltimore Orioles farm system.

Perez also played several seasons in the Dominican Winter League and has made international appearances representing the Dominican Republic.

The Otters also signed catcher Bryan Gonzalez, who is from Venezuela and spent 2017 with the Dominican Summer League Dodgers, a foreign affiliate of the Los Angeles Dodgers.

Gonzalez also has independent baseball experience, playing in 2019 with the Alpine Cowboys and the Trinidad Triggers, both in the Pecos League.

Yanqui, from Cuba, is a utility player who can play first base and in the outfield. Yanqui has three seasons of affiliated experience with the Arizona Diamondbacks and one season of affiliated ball with the Cincinnati Reds, most recently with the Chattanooga Lookouts in 2021 at the Double-A level.

He also has played multiple seasons in the Dominican Summer and Winter Leagues as well as in the Cuban National Series.

Polancic is a right-handed pitcher out of Canada, who most recently played for the Winnipeg Goldeyes of the American Association in 2021. Before 2021, Polancic spent four seasons in the Arizona Diamondbacks organization.

The right-hander was drafted by the Diamondbacks in the 11th round of the 2016 MLB June Amateur Draft.