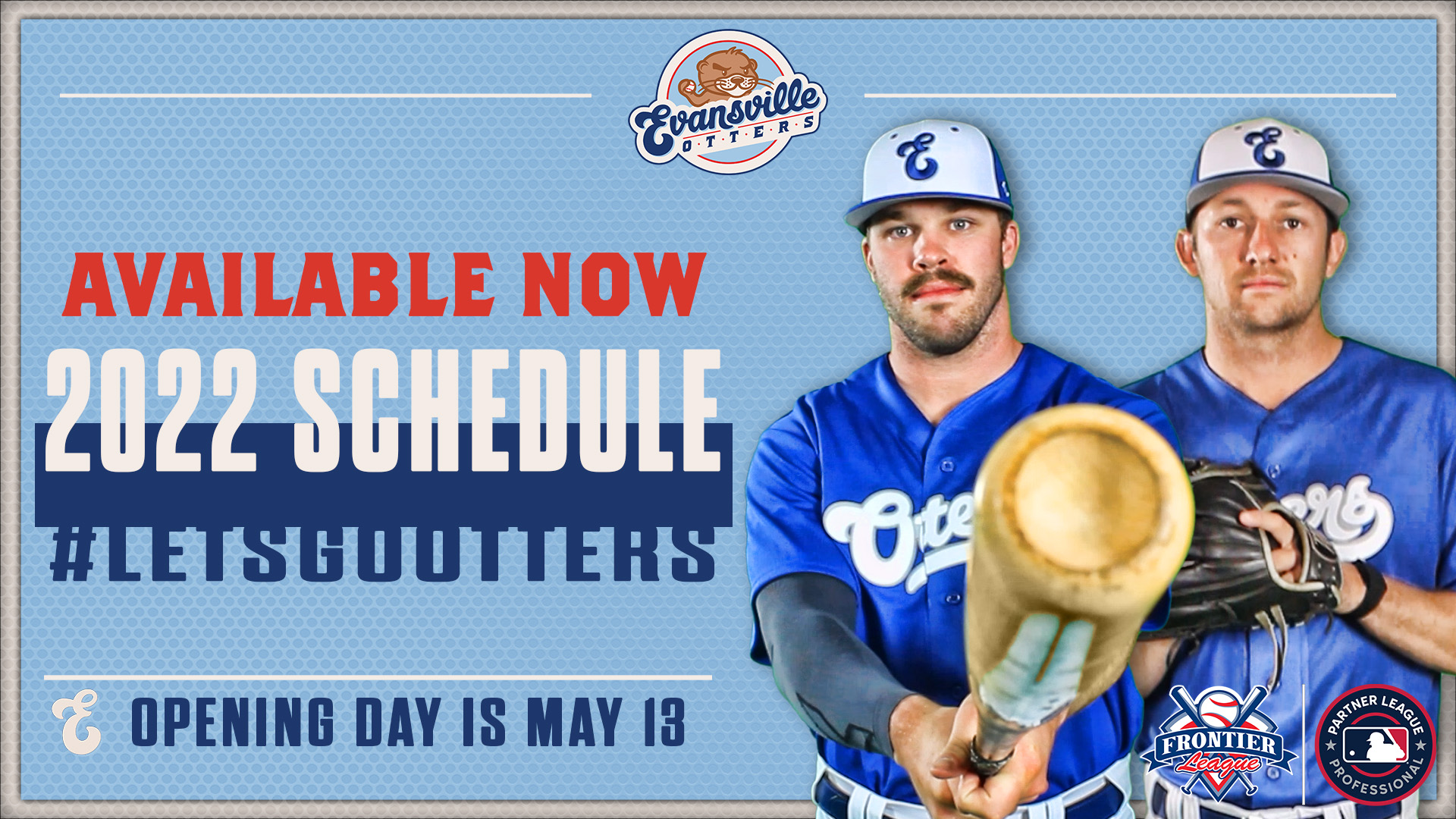 EVANSVILLE, Ind. – The Evansville Otters will open their 27th season when they host the New Jersey Jackals at Bosse Field on May 13, kicking off the 2022 Frontier League regular season for both teams.

The Otters host the Jackals during Opening Weekend as part of a nine-game homestand to start the season for Evansville. They will also host the travel team of the Frontier Greys and the Quebec Capitales throughout the following week. The homestand will be Evansville’s longest of the season.

The Frontier League released the schedule for its 29th season, featuring 16 organizations playing a full 96-game schedule, and including the Frontier League debuts of the Quebec Capitales, Trois-Rivieres Aigles, and the Ottawa Titans out of Canada. Overall, the 2022 season will have the most regular season games in the league’s history.

Plus, the traveling Frontier Greys make a return to the Frontier League circuit. The Greys are based on the former Zanesville Greys, who won the first Frontier League championship. The team’s name is a tribute to the author Zane Grey who wrote several Western and baseball stories in the early 1900s. The Redheaded Outfield is one of his better-known novels.

The Frontier League will open its season in May as the largest professional, independent baseball league in North America and its second season as an MLB Partner League.

Teams play either three or four series against their divisional rivals while facing the eight teams from the other division at least once each.

Evansville is scheduled for nine weekend home series at Bosse Field in 2022, which will be the 107th anniversary of Bosse Field.

The Otters will have four six-game homestands, and Evansville’s final regular season homestand will be Aug. 23-28 against Joliet and Florence.

Evansville will travel to Washington and Florence to conclude the regular season.

Playoffs begin on Tuesday, Sept. 6 with a single wild card game between the third and second place teams in each division. The wild card game format returns for the first time since 2015.

The wild card game winners will advance to a best-of-three divisional series against the division winners from Sept. 8-11.

The divisional winners will meet in the championship series Sept. 13-18 in a best-of-five round.

Game times and promotional information will be released later.

Founded for the 1993 season, the Frontier League is the largest and longest running independent professional baseball league. An official Partner League of Major League Baseball, the Frontier League features 16 clubs stretching from the Atlantic Ocean to the Mississippi River and from the Ohio River to the St. Lawrence Seaway. The Frontier League has moved over 1,000 players to MLB Teams in its 29-year history.

More information and the complete schedule can be found at www.frontierleague.com.