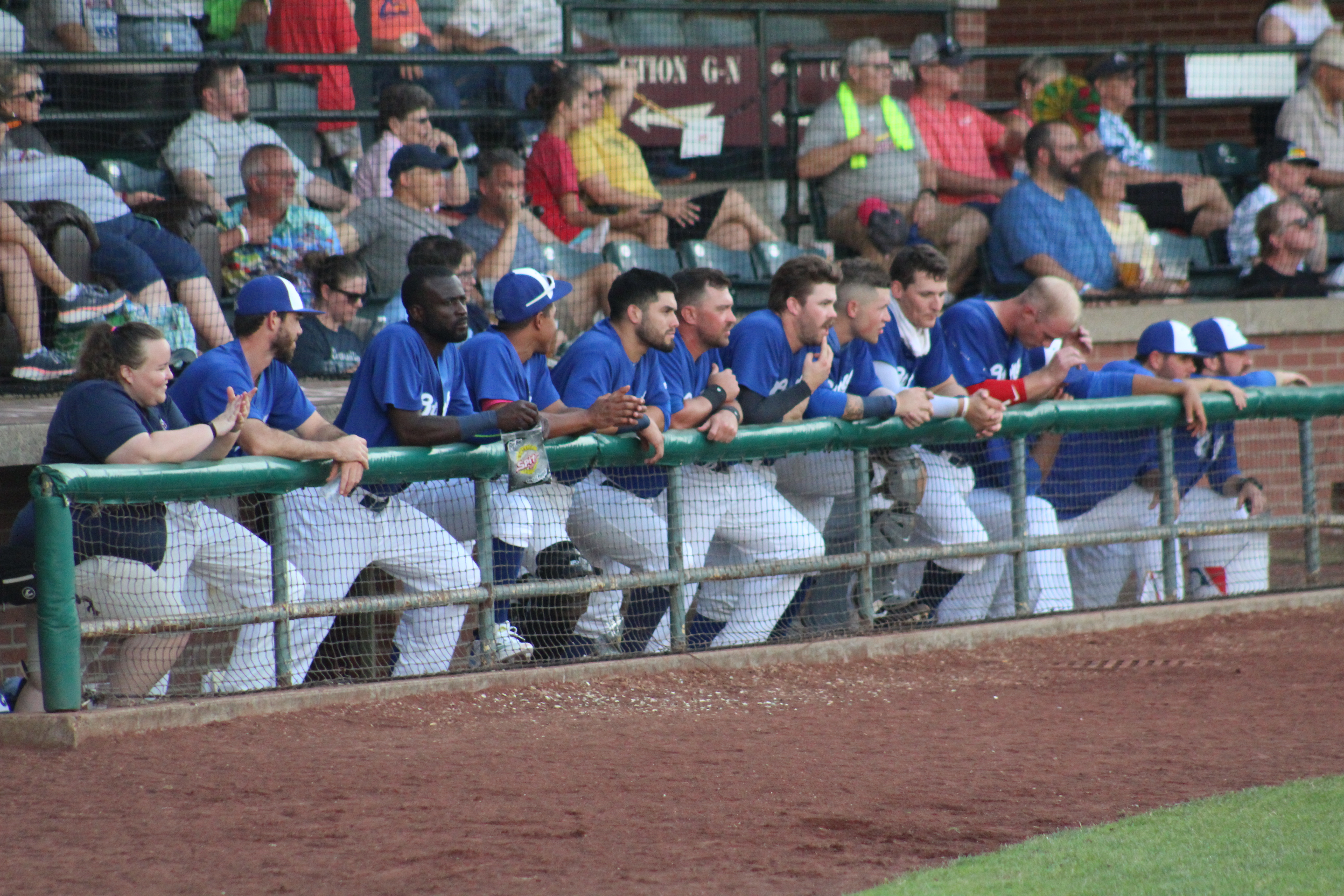 In what would be an unforgettable season for many reasons, the Evansville Otters closed out their 2021 season with a 3-1 victory over the Lake Erie Crushers at Bosse Field on Sept. 12. The Otters finished with a 57-39 record for the second consecutive Frontier League championship season, matching the franchise’s single-season wins total from 2014 and 2019. However, the winning season was not enough for a postseason berth, as Evansville came up a half-game shy of the Florence Y’alls for the postseason berth out of the Frontier League West Division. The second-place finish ended Evansville’s consecutive appearances in the postseason, missing out on playoff baseball for the first time since 2015.

After spending most of the 2021 season in first place in the West Division and with Florence right on the heels, Evansville found themselves in a neck-to-neck race to the finish with Florence. Unfortunately for the Otters, the last six games went better for Florence than Evansville. The Otters went 3-3 in the last six games, while the Y’alls were 5-1. For the Otters, their 57-39 record also adds to a stretch where Evansville has recorded 50 or more wins in seven of the eight seasons.

Evansville competed in the toughest division in the Frontier League in terms of top-to-bottom records. Behind Florence and Evansville, the Southern Illinois Miners were also in postseason contention for the West Division berth, sitting only a couple more games behind the Y’alls and Otters until the last couple weeks of the season. The Otters had winning records against all three other teams in the West Division, including a 10-8 record against Southern Illinois and a 10-2 record against Florence. In fact, the only team on the Otters’ schedule they had a losing record against was the Schaumburg Boomers, who went on to win the 2021 Frontier League Championship for the fourth time in the last decade.

The Otters had five regular season series sweeps, all of which came at home in the confines of Bosse Field. The Otters swept the Lake Erie Crushers (June 2-3), the Gateway Grizzlies (June 15-17), the Windy City ThunderBolts (June 18-20), the Florence Y’alls (July 27-29), and the Southern Illinois Miners (July 30-Aug. 1). Evansville’s sweeps of Gateway and Windy City was part of an eight-game winning streak for the Otters, their longest win streak since 2013. The sweep against Southern Illinois was a four-game sweep, the Otters’ first four-game sweep since also in 2013. The season’s first sweep against Lake Erie featured the Otters’ first win via a home run derby victory. The Frontier League implemented the home run derby hit-off in 2021 to determine a winner after a 10th inning of game play. The Otters were 4-1 in games that went to a home run derby.

The finish of the regular season also included some postseason accolades and honors for individual Otters members. Infielders Riley Krane and J.R. Davis, along with relief pitcher Logan Sawyer, were recognized as postseason all-stars. Krane, the first baseman postseason all-star, batted .271 with 17 home runs and 73 RBIs. His home run and RBI totals were good for top-five in the Frontier League. He also had 23 doubles. Davis, the second baseman postseason all-star, hit .316 with eight home runs, 56 RBIs, 18 doubles, and 35 walks. Sawyer had a league-leading 25 saves, which also matched the Otters’ single-season record set by Edgar Lopez in 2015. Sawyer had a 2.97 ERA with 48 strikeouts in 39 appearances and 36.1 innings pitched.

Otters field manager Andy McCauley also was recognized with the Frontier League’s Roger Hanners Manager of the Year award for the third time overall and second in an Otters’ uniform. McCauley led the Otters to 57 wins for a second consecutive season. Earlier in the season, McCauley surpassed 1,000 professional managerial wins in his career and eclipsing 500 wins as the Otters’ manager. Following a canceled 2020 due to the pandemic, McCauley led the Otters to another 55-plus win season after only having five returning Otters from the 2019 roster.

Evansville’s bench coach Boots Day also received league-wide recognition in the final month of the 2021 season, as Day called 2021 his final season in professional baseball and choosing to retire. Day received several congratulatory messages from his baseball peers, including Chicago White Sox manager Tony LaRussa, former Detroit Tigers and Evansville Triplets manager Jim Leyland, among others. Day also was given numerous gifts on behalf of the Frontier League and the Evansville Otters. Day spent over 55 seasons in professional baseball, including as a player for the St. Louis Cardinals, Chicago Cubs, and Montreal Expos. He also played in Evansville for the Triplets and the Detroit Tigers organization. Day later coached and scouted in several MLB organizations including the Yankees, Royals, Indians, Cardinals, and Tigers. Day was the Otters’ inaugural field manager in 1995.

2021 also featured the return of John Schultz for a full season, but also the return of 2016 MVP Josh Allen for the last few weeks of the regular season. Both increased their Otters’ career-record marks. Schultz increased his games played, RBIs, at-bats, hits, runs, doubles, total bases, and walks franchise records, as Josh Allen sits second behind Schultz in all those categories. Allen increased his all-time totals in stolen bases, triples, and hit-by-pitches.

Evansville saw left-handed starting pitcher Dalton Stambaugh sign with the Chicago Cubs organization back in June. After a couple of weeks into the regular season, Stambaugh was 2-0 with a 3.57 ERA, while striking out 24 batters in 22.2 innings pitched with the Otters. The Otters have sent 82 players to affiliated organizations out of Evansville. Plus, former Otters pitcher Brandyn Sittinger made his MLB debut with the Arizona Diamondbacks in September. Sittinger is the third former Otter to get called up to the Big Leagues, joining pitchers George Sherrill and Andrew Werner. Sittinger made five appearances and pitched in 4.2 innings with the Diamondbacks.

Evansville was 34-17 at Bosse Field in the 2021 regular season, the best since their 32-16 mark in 2019. On the road, the Otters were 23-22 in 2021, which included one of their most memorable wins on Aug. 7 at Lake Erie. In that game, the Otters trailed 10-4 heading into the ninth inning, but they fought back to win 13-10 after scoring nine runs in the top of the ninth. The Otters set a franchise mark for largest comeback deficit.

To cap off the Evansville Otters’ 2021 season and their return to the field after a canceled 2020 season due to the COVID-19 pandemic, the Otters officially got to show the fans the new renovations at Bosse Field. The renovations included a new videoboard, new LED field lights and colored pole accents, a new roof, a new HVAC system throughout the ballpark, and other new additions. The Otters are the longest-tenured, active franchise in the Frontier League, going back to 1995. Evansville averaged 1,700 fans per game in 2021, ranking seventh in the 14-team Frontier League. The Otters saw a total of 76,482 fans come through Bosse Field’s gates in the 2021 season. 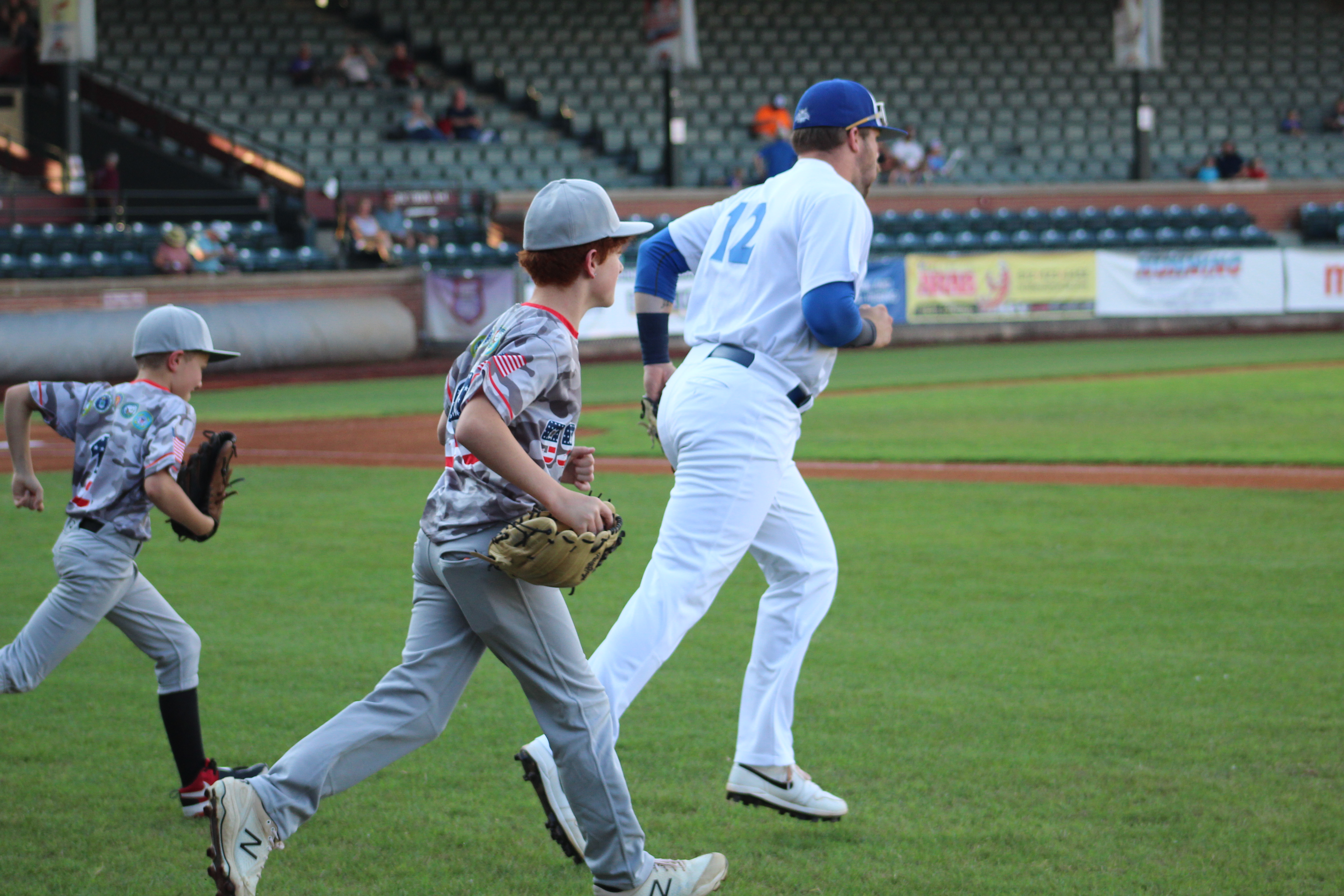 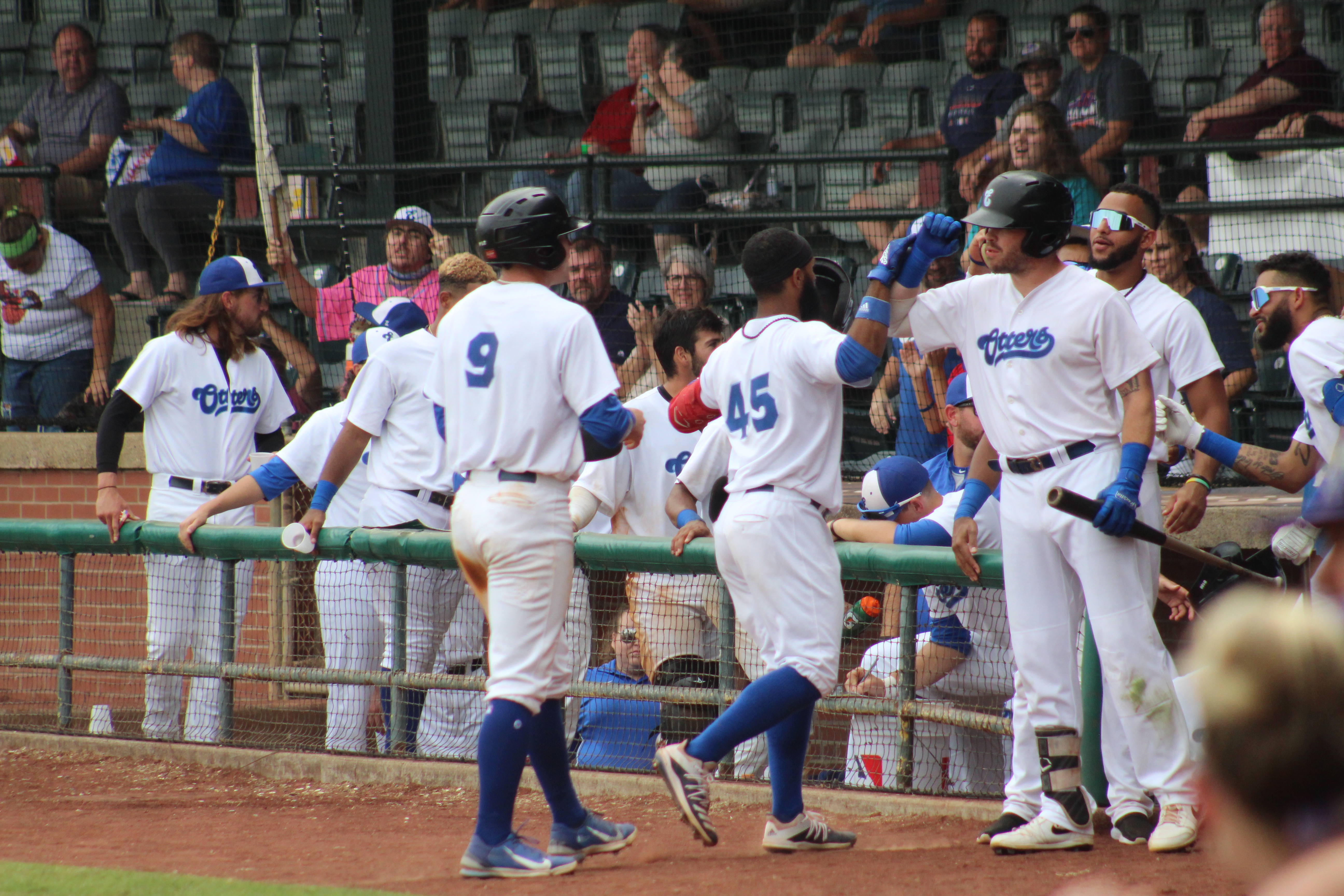 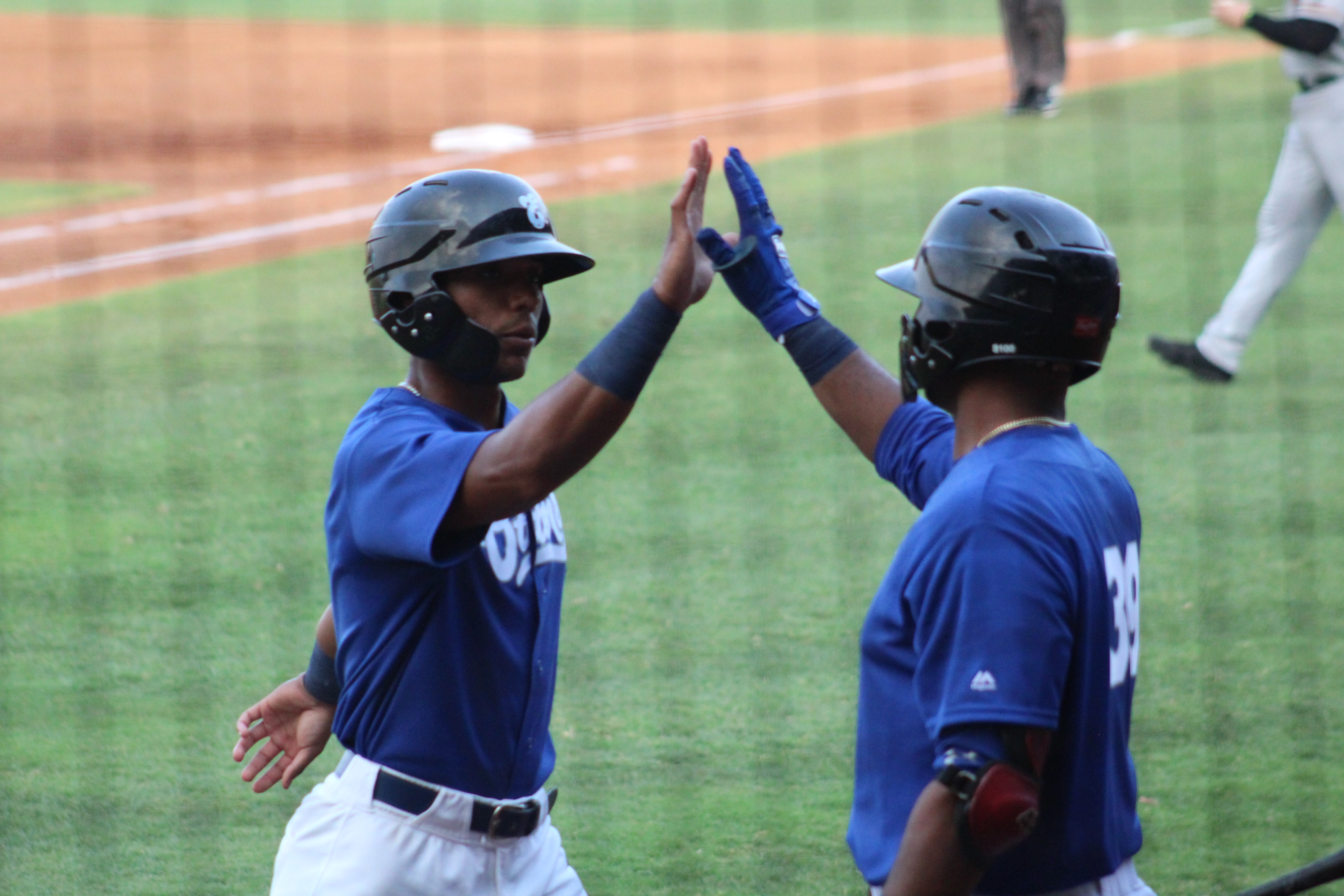 The Evansville Otters want to thank all fans, corporate partners, and staff for their support and help in making the Otters’ 2021 season a success.

The Otters play all home games at historic Bosse Field, located at 23 Don Mattingly Way in Evansville, Ind. The front office is open Monday through Friday from 9 a.m. to 5 p.m.