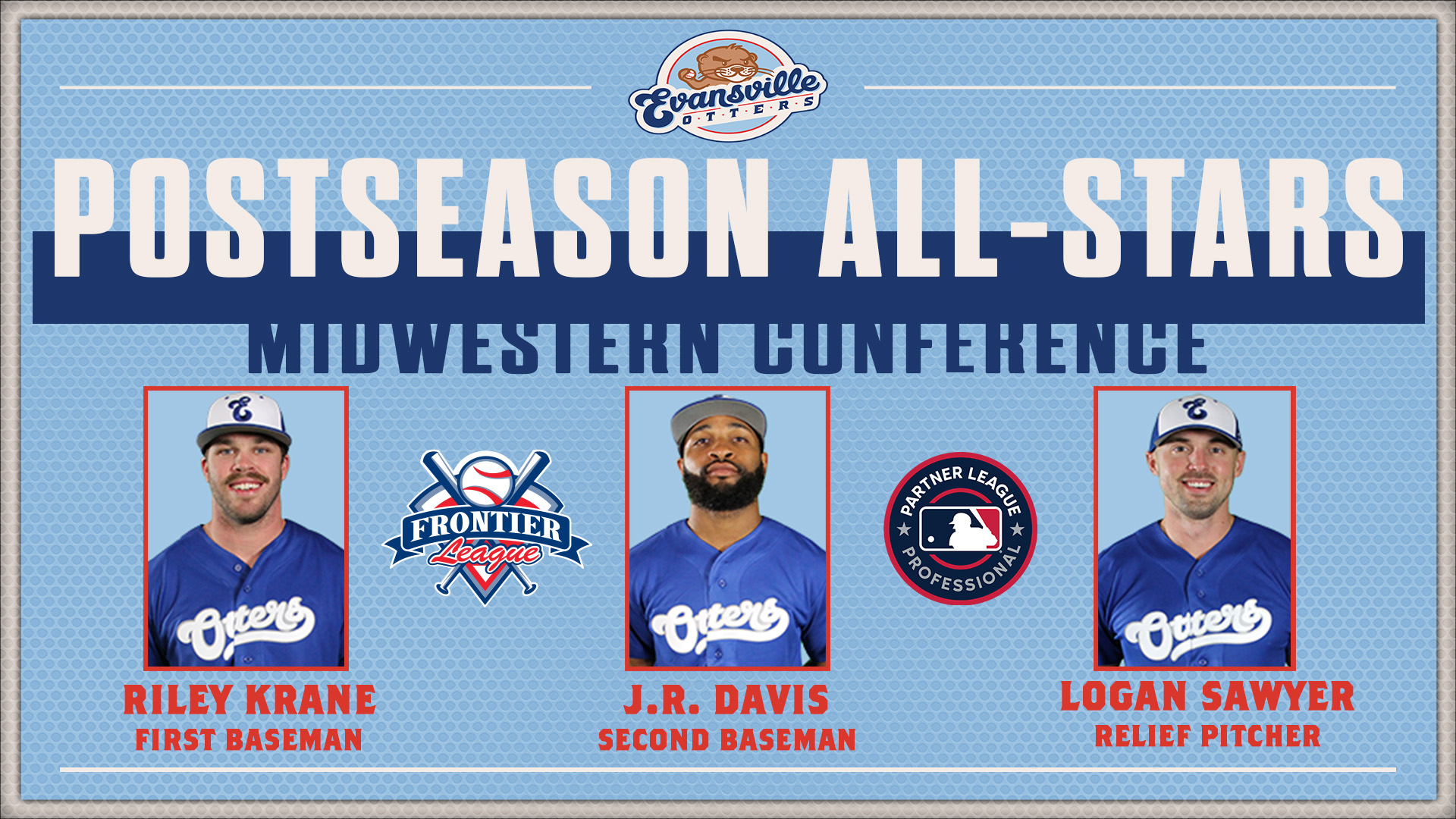 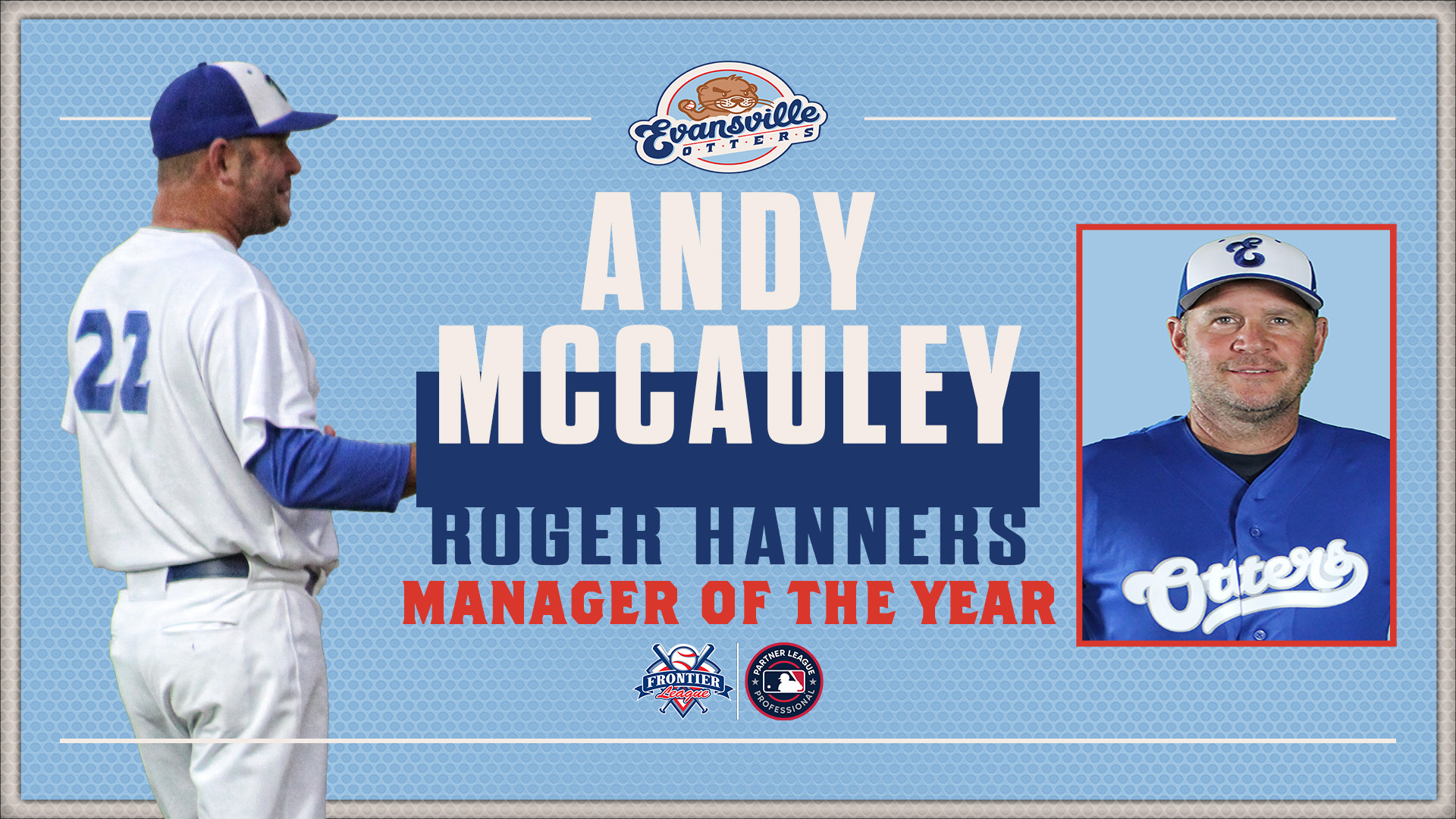 Krane, Davis, and Sawyer are all in the first season with the Otters.

Krane, the first baseman postseason all-star, is batting .268 heading into Thursday, notching 17 home runs, 72 RBIs, and 21 doubles. His home run and RBI totals are good for top-five in the Frontier League.

Krane earned Frontier League Player of the Week following Opening Week in May.

2021 is Krane’s fourth overall in the Frontier League, previously playing for the Joliet Slammers and Windy City ThunderBolts.

Davis, the second baseman postseason all-star, has a .315 batting average going into Thursday, collecting eight home runs, 53 RBIs, 18 doubles, and 34 walks. He has also shown his versatility at third base.

Davis is in his second season in the Frontier League after playing for the Washington Wild Things in 2019.

Davis spent four years in affiliated ball, after the St. Louis Cardinals drafted the Oklahoma State University product in the 15th Round of the 2016 first-year player draft.

Sawyer is a relief pitcher postseason all-star and has been strong as the Otters’ closer.

Sawyer has a league-leading 23 saves, going along with his 3.14 ERA and 47 strikeouts in 36 appearances and 34.1 innings pitched.

Sawyer was drafted in the 29th round of the 2014 MLB June Amateur Draft by the Colorado Rockies. In 2019, Sawyer pitched for the Lancaster Barnstormers of the independent Atlantic League and for the Melbourne Aces in the Australian Baseball League.

2021 is the second time Otters manager Andy McCauley has been recognized with Roger Hanners Frontier League Manager of the Year honor. This is McCauley’s third time winning the award for Manager of the Year after he won it in 1999 with the London Werewolves and in 2014 with the Otters.

McCauley has led the Otters to 55 wins with four games left in the 2021 season, looking to clinch the West Division title for the second consecutive Frontier League championship season.

Earlier this season, McCauley surpassed 1,000 professional managerial wins in his career and eclipsing 500 wins as the Otters’ manager.

Following a canceled 2020 due to the pandemic, McCauley has led the Otters to another 55-plus win season after only having five returning Otters from the 2019 roster.

While looking to clinch their postseason berth yet in 2021, the Otters have been in the postseason and in contention for six straight seasons going into the 2021 season.

Heading into Thursday, the Otters sit a half game up on the Florence Y’alls.

The Otters’ magic number in their push for the postseason is four.

Game three of the series against the Joliet Slammers is Thursday at 6:35 p.m. from Bosse Field.

Evansville Otters broadcast coverage Thursday can be found on frontierleaguetv.com.