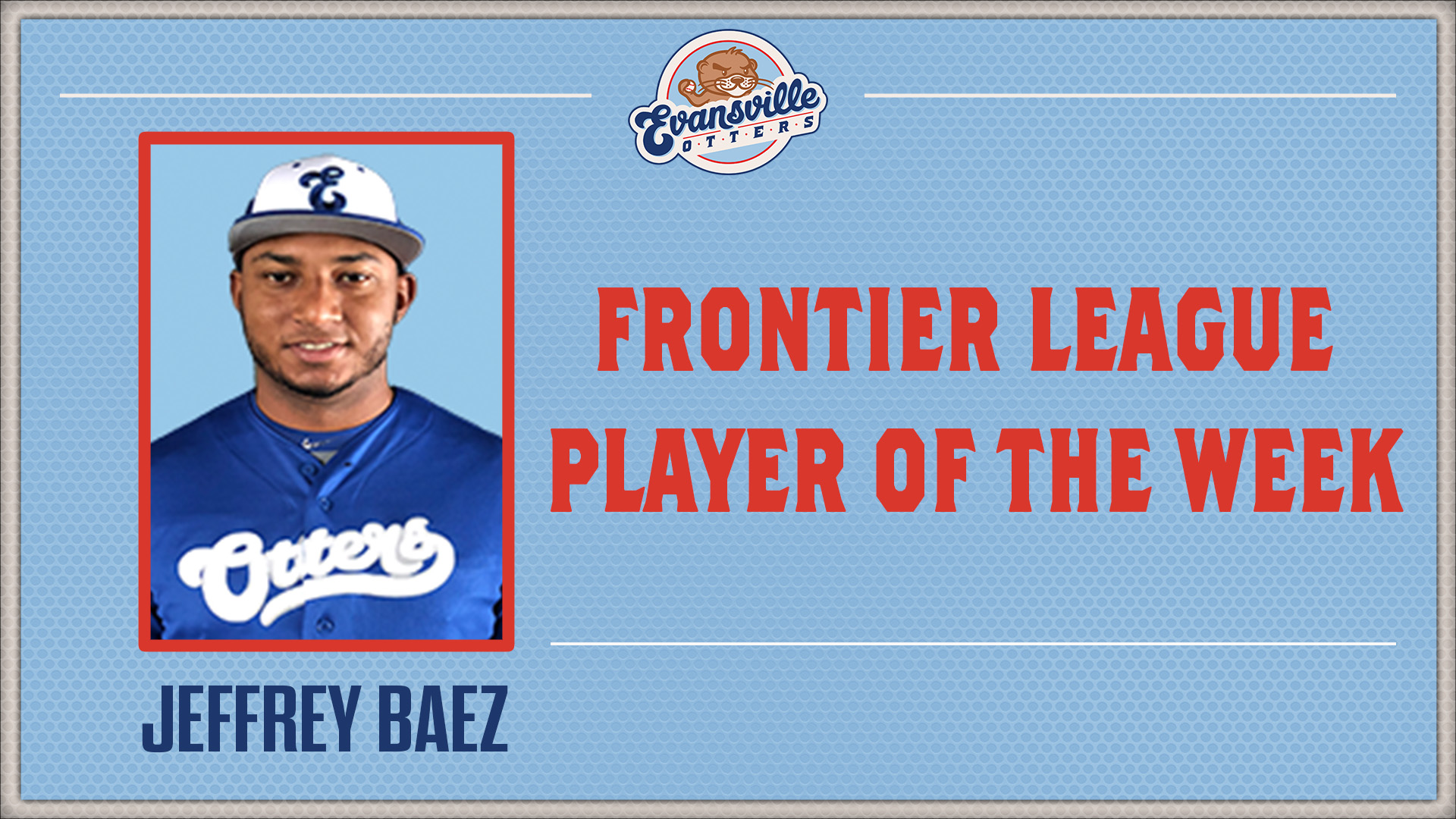 In earning the award, Baez went 13 for 28 at the plate last week against the Windy City ThunderBolts and the Gateway Grizzlies, good for a .464 batting average.

Maybe more notably, Baez went deep for six home runs, including one in four straight games from Aug. 24-27. He finished the week on Sunday with a two-home run game in the series finale at Gateway.

In all, Baez tallied 10 RBIs and scored eight times.

The Otters acquired Baez in a trade with the Kane County Cougars of the American Association in mid-August. Before Kane County, he spent eight years in the Chicago Cubs organization from 2011-2018 and spent the 2019 season with the Arizona Diamondbacks.

Since his acquisition, Baez has also played all three outfield positions, increasing the Otters’ depth.

The weekly honor for Baez is the third Frontier League individual honor of the 2021 season for the Otters, as Riley Krane earned Player of the Week following the opening weekend of the season in May and Braden Scott earned Pitcher of the Week in late July.

Following an off-day Monday, the Otters will continue their season-long road swing Tuesday to begin a three-game set at the Southern Illinois Miners.

First pitch Tuesday is 7:05 p.m. from Rent One Park in Marion, Ill.