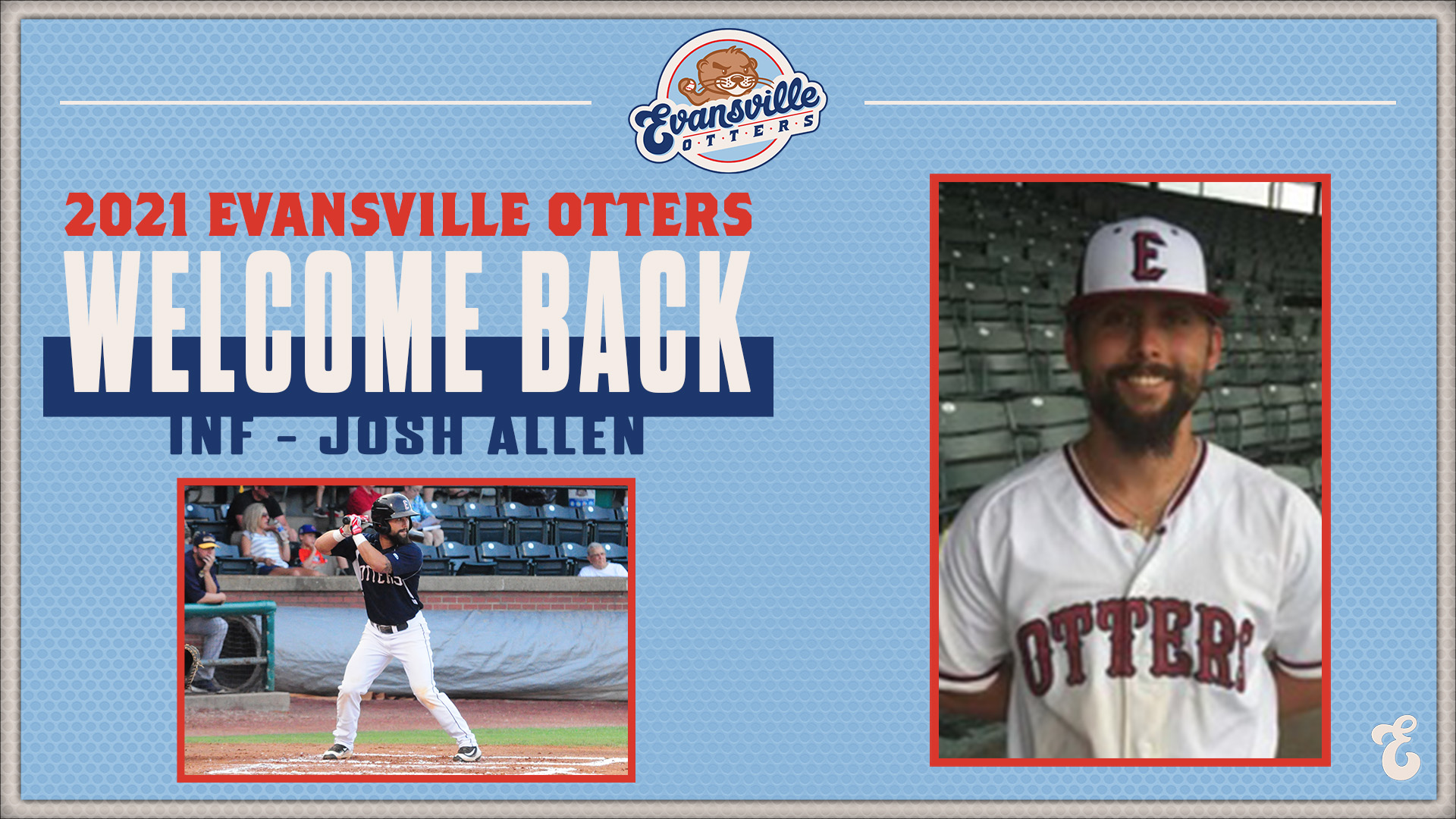 EVANSVILLE, Ind. – The Evansville Otters have signed infielder Josh Allen to make his return to the club and at Bosse Field in 2021.

“We are looking forward to seeing Josh back in an Otter uniform,” Otters manager Andy McCauley said.

“Hopefully, he can help us down the stretch for a playoff berth and our goal of another Frontier League championship.”

Allen is third in career home runs and walks with 38 and 191, respectively.

His best season in Evansville came in 2016 when he set a single-season franchise record with a .354 batting average in earning the Frontier League Most Valuable Player award. He also set the season record for doubles that year, finishing with 34.

With Allen, Evansville made the playoffs three times and won the 2016 Frontier League title.

A Frontier League All-Star selection in 2014, 2016 and 2017, Allen joined the Otters in 2014 after playing collegiately at the University of West Florida.

Previously this year with Kane County, Allen batted .283 with 12 home runs and 45 RBIs.