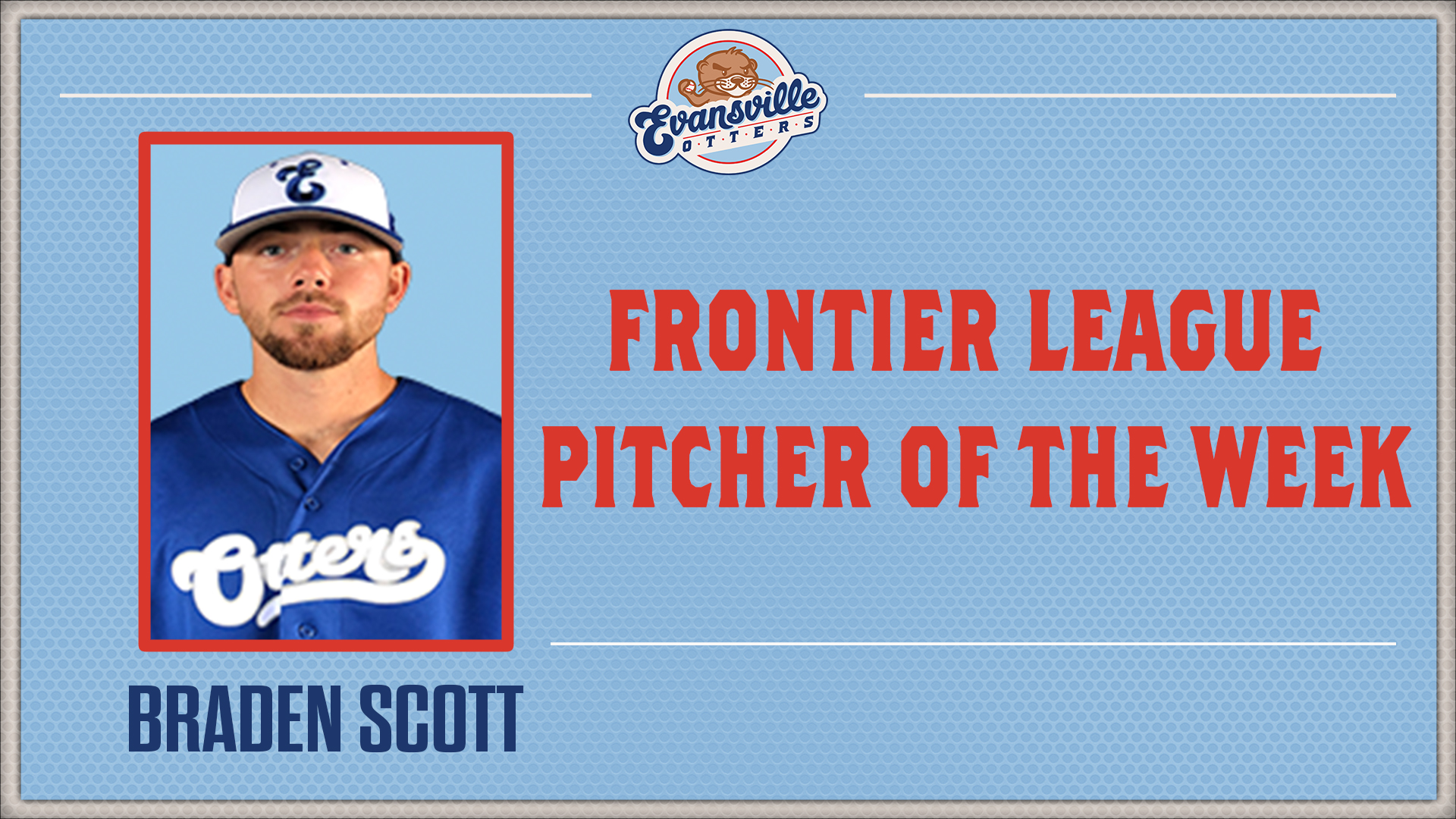 In earning the award, Scott pitched a stellar outing on Saturday against the Gateway Grizzlies on the road.

Scott earned the win after throwing 7.2 shutout innings in the start.

The former Indiana Hoosier allowed only three hits and struck out seven batters.

Scott earned his third win of the season, and his 7.2 innings matched a team-high with pitcher Ryan O’Reilly back on July 14 against Florence.

The left-hander is in his first season with the Otters, signing with the club in late June.

He is currently 3-2 with a 2.91 ERA and 35 strikeouts in 34 innings pitched this year in the Frontier League. He has also allowed just eleven walks in his six starts this season.

Scott’s honor is the second Frontier League individual honor of the 2021 season for the Otters, as infielder Riley Krane was awarded Player of the Week following the opening week of the Frontier League season.

The Otters return to action Tuesday evening from Bosse Field against the Florence Y’alls at 6:35 p.m.

Scott would be slated to start again later in the week as part of a seven-game homestand for the Otters at Bosse Field.