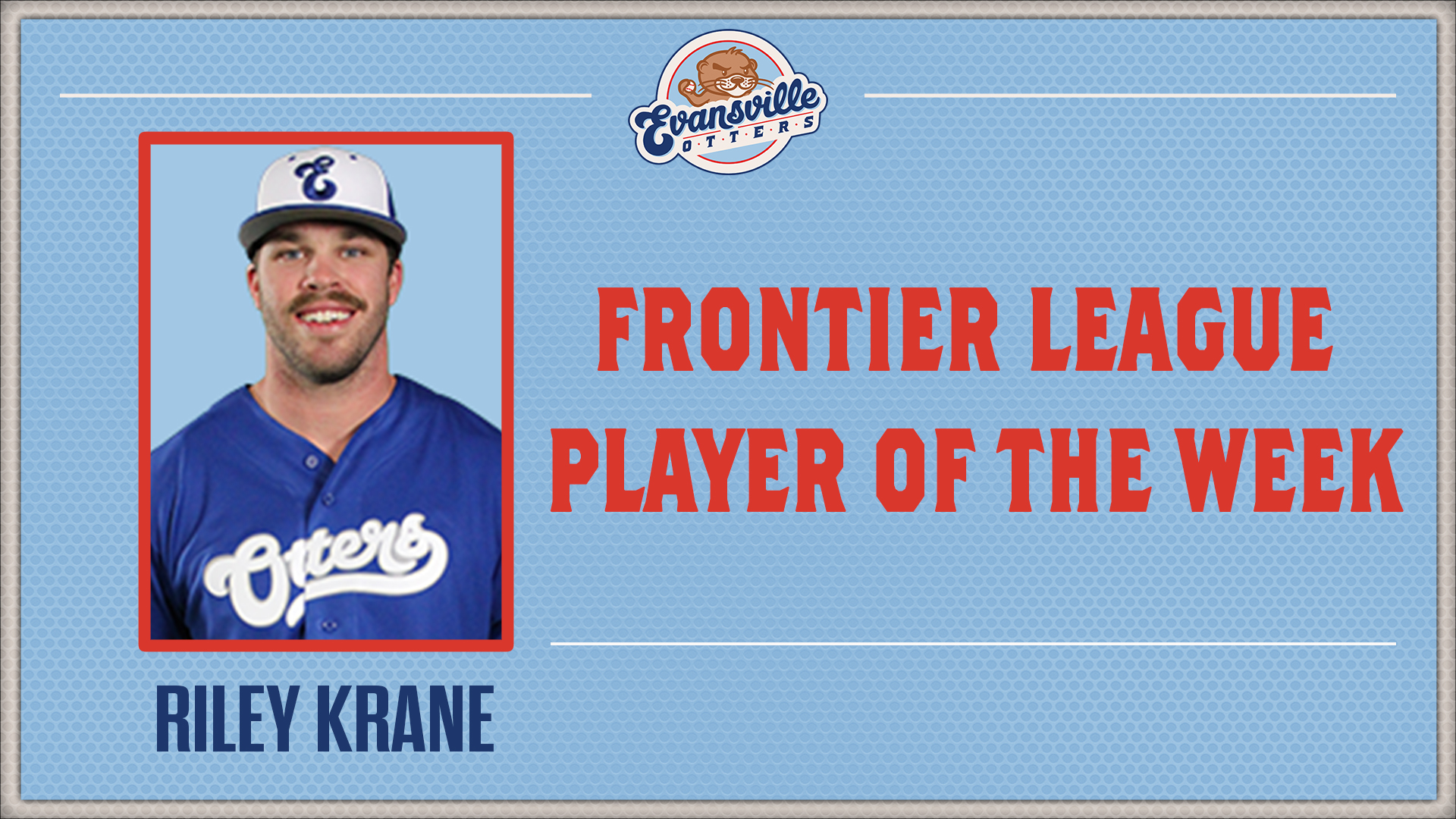 In earning the award, Krane went 6 for 11 at the plate in the Frontier League’s Opening Weekend, a .545 batting average.

Krane had two home runs, one being an inside-the-park home run, with five RBIs.

Krane is in his first season with the Otters. This is the first Frontier League individual honor of the 2021 season for the Otters.

This season is Krane’s fourth overall in the Frontier League. The Evergreen, Co. native previously spent time with the Joliet Slammers and the Windy City Thunderbolts.

Krane takes home the award for the first time since he won it back in 2019 with the Joliet Slammers.

The Otters return to action Monday afternoon from German American Bank Field at Charles H. Braun Stadium on the campus of the University of Evansville. First pitch is at 4 p.m. against Equipe Quebec.