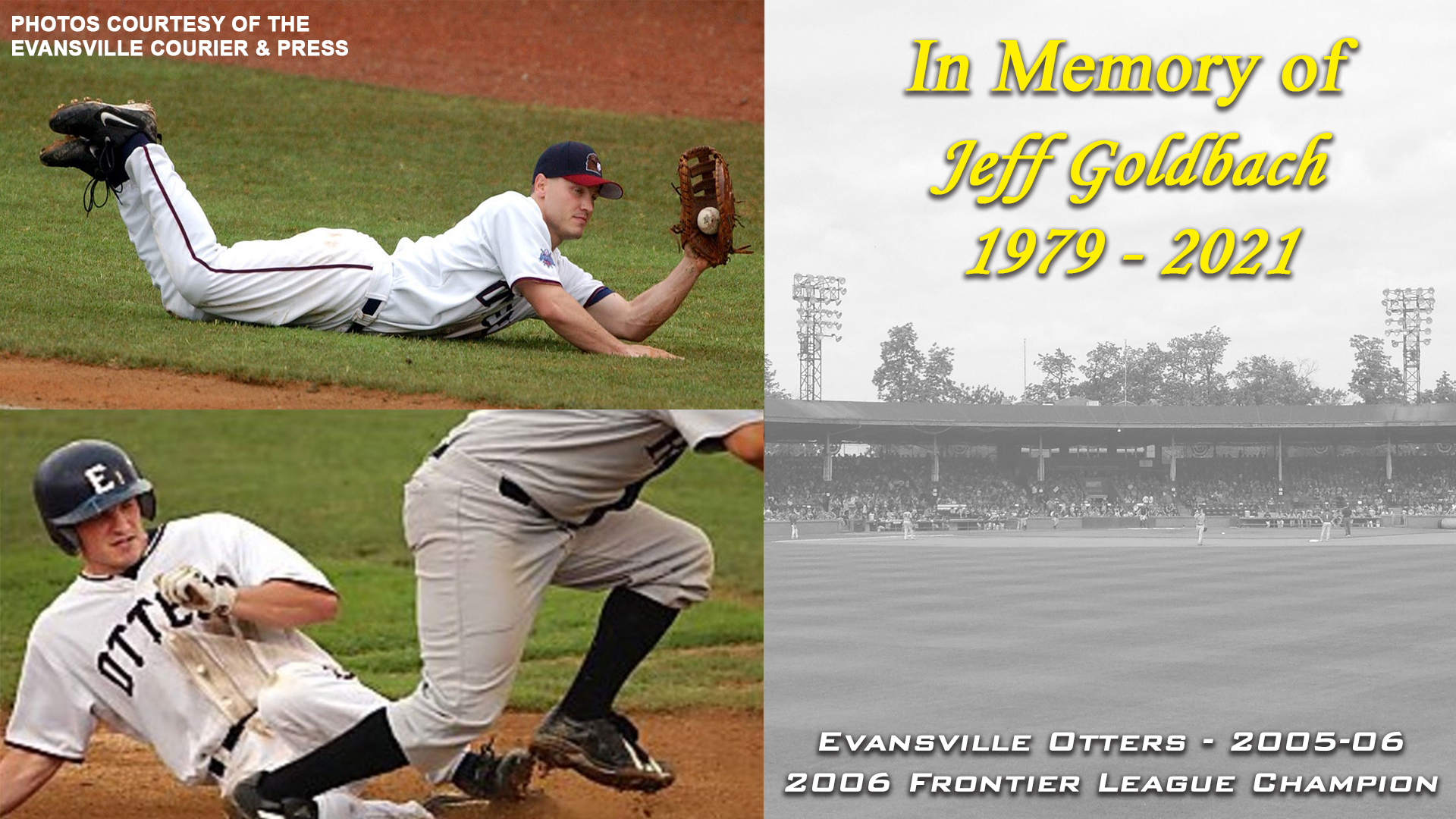 EVANSVILLE, Ind. – The Evansville Otters are mourning the passing of former player and tristate native Jeff Goldbach, who passed away Sunday at the age of 41.

Goldbach played for the Otters from 2005-06, leading the way for Evansville toward the 2006 Frontier League Championship.

Goldbach was a versatile player who split time as a first baseman, catcher, outfielder, and designated hitter. Overall, with the Evansville Otters, Goldbach batted .319, and known for his power, finished his Otters career with 36 home runs. Goldbach also totaled 133 RBIs, 100 runs, and 72 extra-base hits in his two seasons with Evansville. 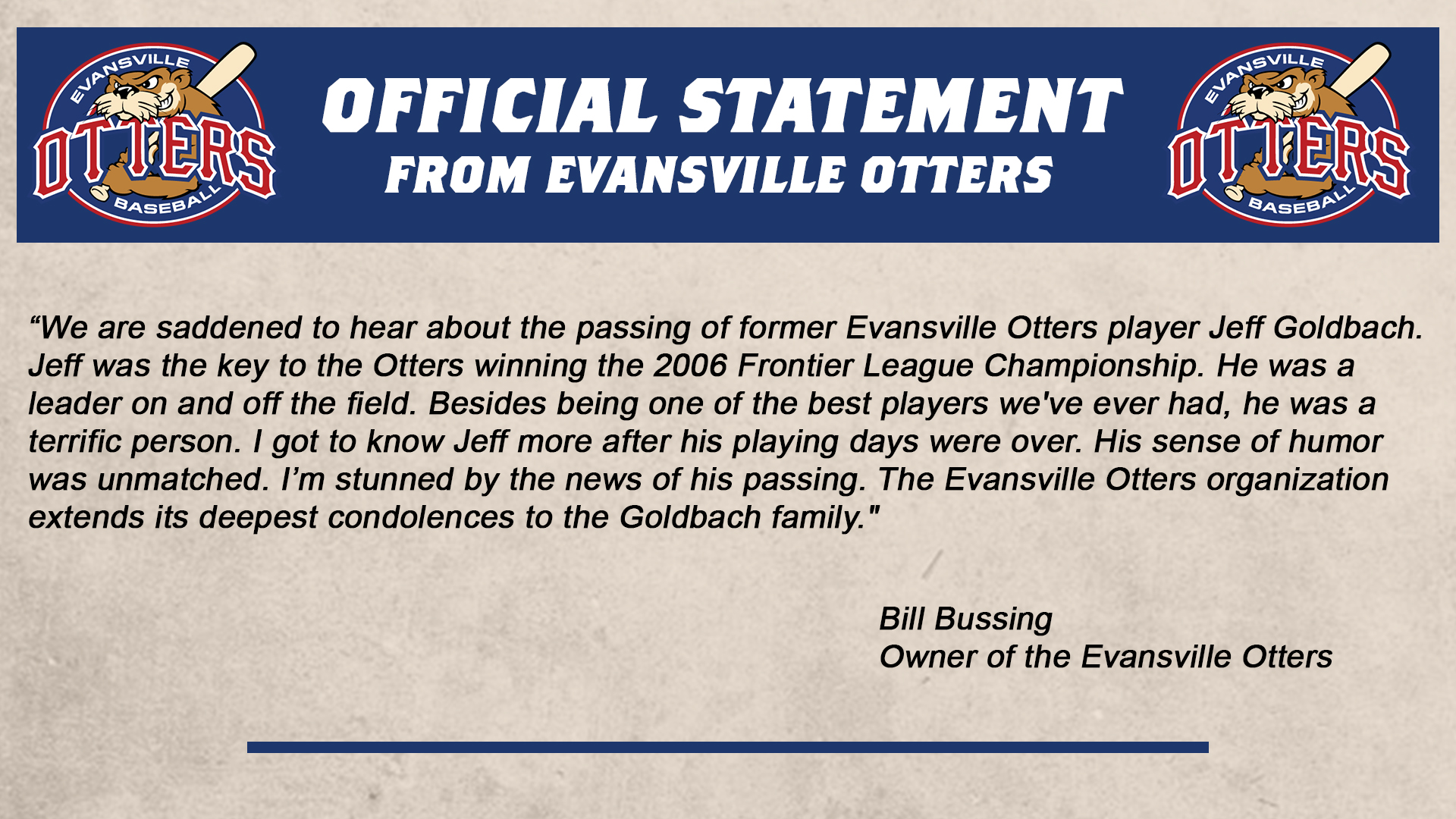 Goldbach is fifth on the Otters’ all-time home run list with 36. He is top-ten all-time in RBIs with 133 and first all-time with a .576 slugging percentage.

The Princeton, Ind. native was a standout player at Princeton Community High School.

Goldbach was drafted out of high school by the Chicago Cubs organization in the 2nd round of the 1998 MLB June Amateur Draft.

The power hitter reached as high as Double-A with the West Tennessee Diamond Jaxx of the Southern League in 2001 with the Cubs organization. He then later returned to the Double-A level in 2003 with the Frisco RoughRiders of the Texas League with the Texas Rangers organization.

Goldbach spent time with the Fargo-Moorhead Redhawks and the Joliet Jackhammers of the defunct Northern League before coming to the Evansville Otters.

The late Greg Jelks was Goldbach’s manager with the Otters in 2005-06.

The Otters family expresses their condolences to the entire Goldbach family.