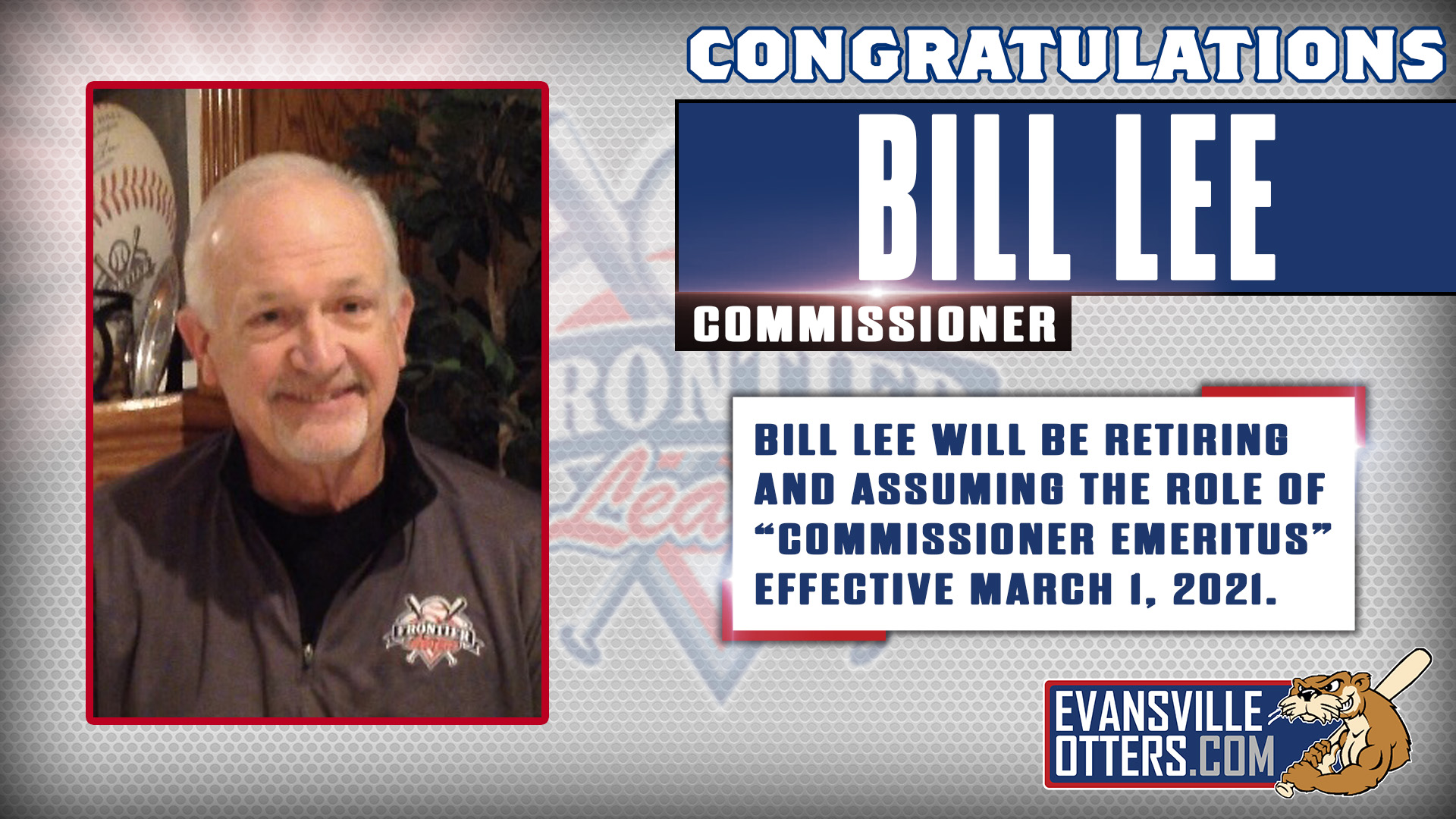 “It has been my honor to serve the Frontier League for more than a quarter of a century," Lee stated. “It is very gratifying to see how the League has grown to 16 teams and has a partnership with Major League Baseball. I will always treasure the many relationships that were formed over the years with League staff, owners, front office members, managers, coaches, umpires, media, broadcasters and other members of our industry. I mostly want to thank all of the players and fans that truly built the League."

“Bill Lee has done an outstanding job managing and growing the Frontier League," stated League President John Stanley. “The League owes a tremendous debt of gratitude to Bill for his 27 years of service, and it’s safe to say the League would not exist in it’s present form without Bill’s leadership and hard work."

After graduating from Southern Illinois University Edwardsville with a degree in Mass Communications, Lee played in the Atlanta Braves organization and the independent Lone Star League. He then worked for the Birmingham Barons as their Assistant General Manager and Public Relations Director before moving on to become the General Manager of the Chattanooga Lookouts.

The Frontier League will begin a search for a replacement immediately.

The Frontier League is the largest and longest tenured MLB Partner League, with 16 teams stretching from St. Louis to Quebec City, Canada. For more information go to www.frontierleague.com