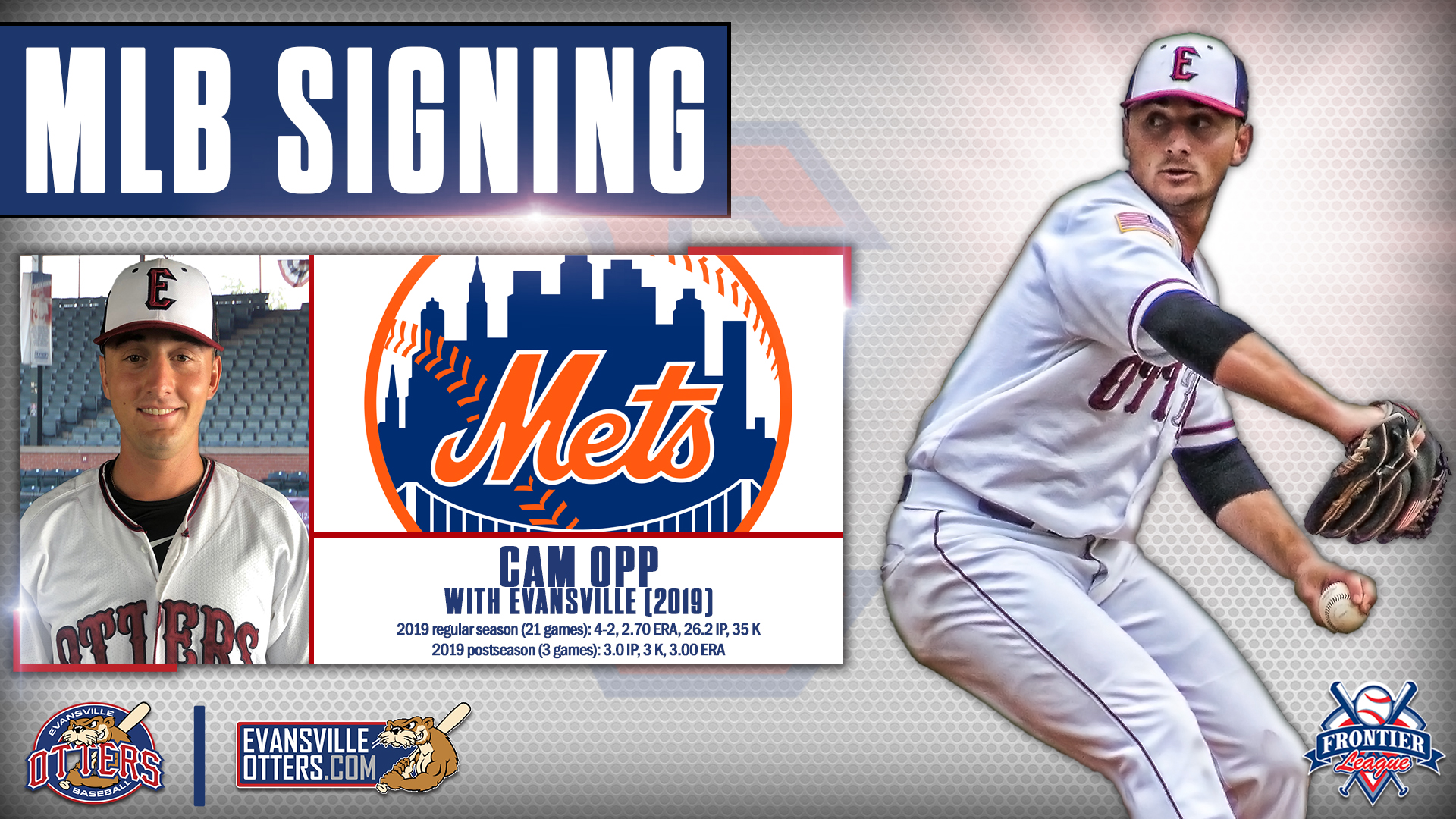 Cam Opp, from Enterprise, Ala., signed and joined the Otters in July 2019 for his first professional stint in baseball.

“I am looking forward to competing at the next level and pushing myself further than I have before,” Opp said.

“Cam has above-average velocity from the left side with a sharp cutter, slider combination,” Otters manager Andy McCauley said. “He also threw a curveball that was tough to time up with his other pitches.”

Opp had 16 appearances not allowing an earned run and had 12 outings recording multiple strikeouts out of the bullpen.

“Cam made a huge impact as a rookie stepping into the setup role, and with the number of pitchers that got picked up last year, we needed younger guys to step up,” McCauley said.

“With the new three-batter minimum rule, left-handed pitchers like Cam will be in more demand, and especially because he was dominant against left-handed and right-handed hitters.”

Opp came to the Otters following his senior season at the U.S Military Academy at West Point, pitching for the Army Black Knights. In 2019 for the Black Knights, Opp was 5-1 in 24 appearances with a 3.65 ERA. He recorded 51 strikeouts in 44.1 innings pitched.

“I’ve never had a player from the U.S military academies, U.S.M.A. or U.S.N.A., but hopefully with new regulations we will be able to give these exceptional student-athlete patriots an opportunity to compete past their eligibility,” McCauley said.

“The last competitive pitch I threw was in an Otters jersey, and like most baseball players, 2020 was a year away from the field for the most part due to COVID-19,” Opp said.

Opp mentioned he was able to piece together a baseball offseason to stay ready and in game shape. He was supported by the Army and the World Class Athlete Program, moving through Texas, Colorado, and most recently North Carolina, which has provided facilities and an environment where he can work to get better each day.

“It was honestly a pleasure to have Cam, as his work ethic, discipline, respect for staff and teammates, and appreciation of the opportunity were exemplary,” McCauley said.

“We wish Cam the best of luck with the Mets organization.”

“Throughout 2020, the 2019 season with Evansville came to mind often,” Opp said. “I will always remember that team, and I look forward to keeping a lot of the relationships I made with the staff and players throughout the organization.”

“It goes without saying that Mr. Bussing’s commitment has allowed me to acquire and retain the best coaching staff in all of minor league baseball,” McCauley said. “All three assistants – Boots (Day), Bobby (Segal), and now Max (Peterson) - have won the prestigious Darren Bush Frontier League Coach of the Year award, and all three were well deserved.”

McCauley also said having the history and proven ability of his coaching staff to get players signed into affiliated baseball helps recruit new players to Evansville.

The Otters have sent 81 players to affiliated organizations out of Evansville.