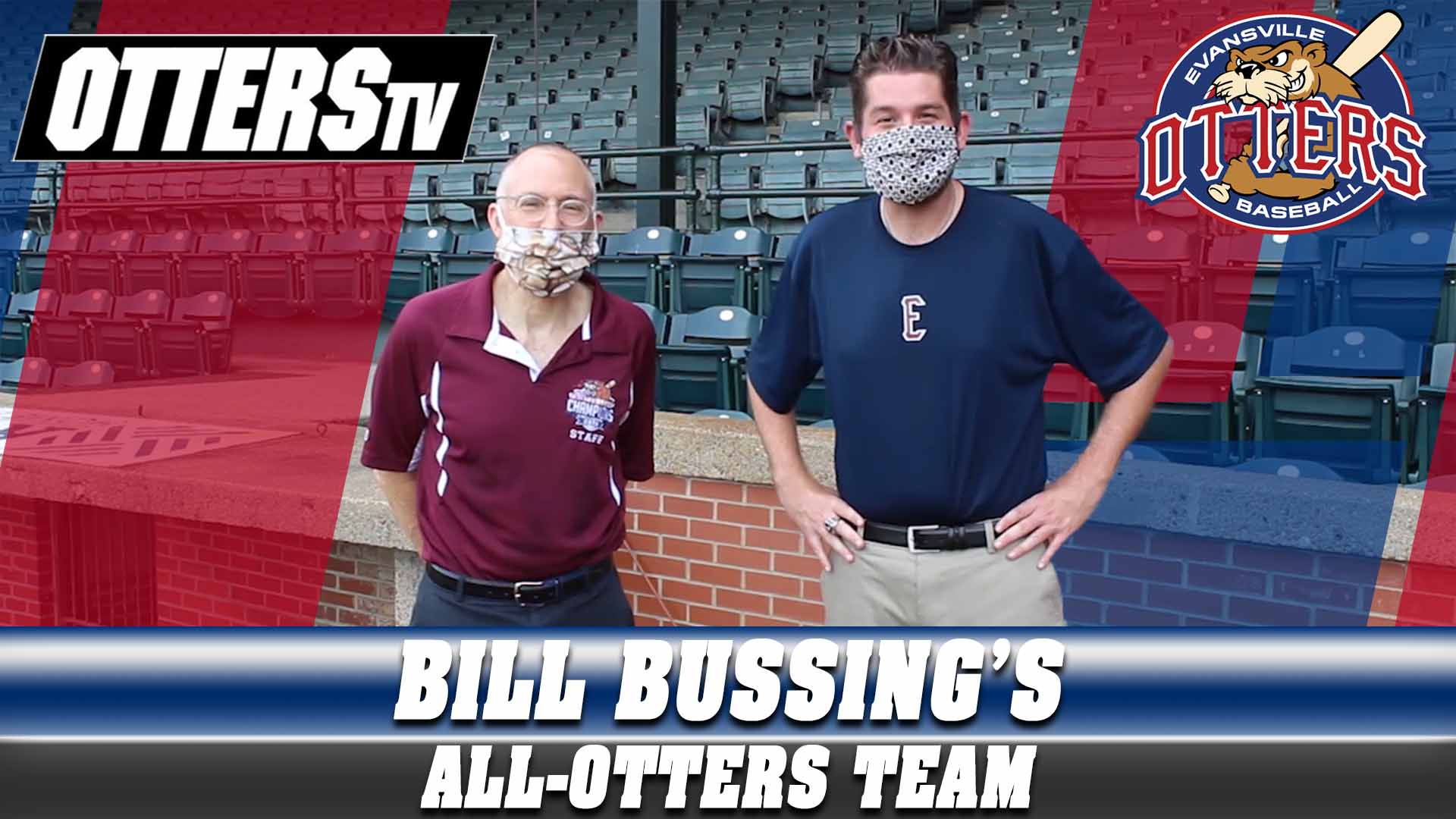 Bussing’s All-Otters Team selections consisted of Otters’ players from 2001, when his family took ownership of the Otters franchise, to the present. Selections were made position-by-position.

Starting in the outfield, Bussing made the following selections:

All three outfielders were starters during the 2016 Frontier League Championship Series, where the Otters earned the second league championship in franchise history.

Bussing selected Nik Balog (2014-16) as the first baseman on his All-Otters Team. Balog batted .278 with 20 home runs and 124 RBIs, while earning a .723 OPS in his time with the Otters. Balog was also a fine defensive first baseman.

Bussing made the following selections as his double play combo in the middle infield:

- Josh Allen (2014-17), at second base, finished his Otters’ career with a .306 batting average, 38 home runs, 171 RBIs, and a .905 OPS. Allen was the Frontier League’s Most Valuable Player in 2016 when the Otters’ won a league championship. Allen also had several walk-off, game-winning hits in his career with the Otters.

The third base position was a tough selection for Bussing, as the Otters have had two league MVPs at that position in Shayne Houck and Ryan Long.

Bussing selected Houck (2014-15) as the third baseman on his All-Otters Team. Houck finished with a batting average above .300 at .303 in his Otters’ career, while also racking up 32 home runs, 103 RBIs, and a .917 OPS during his time in Evansville. Houck also led Evansville in 2014 back to the postseason for the first time since 2006.

At catcher, Bussing selected Princeton and Gibson County native Jeff Goldbach (2005-06). Goldbach recorded a .319 batting average, 36 home runs, 133 RBIs, and a .952 OPS in his career with the Otters. Goldbach led Evansville to the 2006 league championship with his performance that season.

After much consideration, Bussing selected Tyler Vail (2015-16, 2018-present) as the starting pitcher on his All-Otters Team. Vail has made 60 starts so far in his Otters’ career, earning 23 wins in 364.1 innings pitched with 331 strikeouts. All four statistical totals are career records in the Otters’ record books. Vail is coming off his best year in an Evansville uniform in 2019.

The former Otters’ closer Eric Massingham (2011-14) was Bussing’s selection as a relief pitcher. Massingham is the Frontier League’s and Otters’ all-time saves leader with 70 saves. He posted a 1.78 ERA with 137 strikeouts in 106 appearances in his years with Evansville.

With a designated hitter position in the Frontier League, Bussing selected Greg Alexander (2009-11) as the DH on his All-Otters Team. Alexander batted .274 with 24 home runs, 148 RBIs, and a .768 OPS in his career with the Otters. Alexander was known for his professionalism during losing seasons with the Otters and his ability to hit in the clutch. Alexander was a member of the 2011 club when current field manager Andy McCauley was in his first full year guiding the franchise.

The preceding are the selections on the lineup card for Bill Bussing’s All-Otters Team.