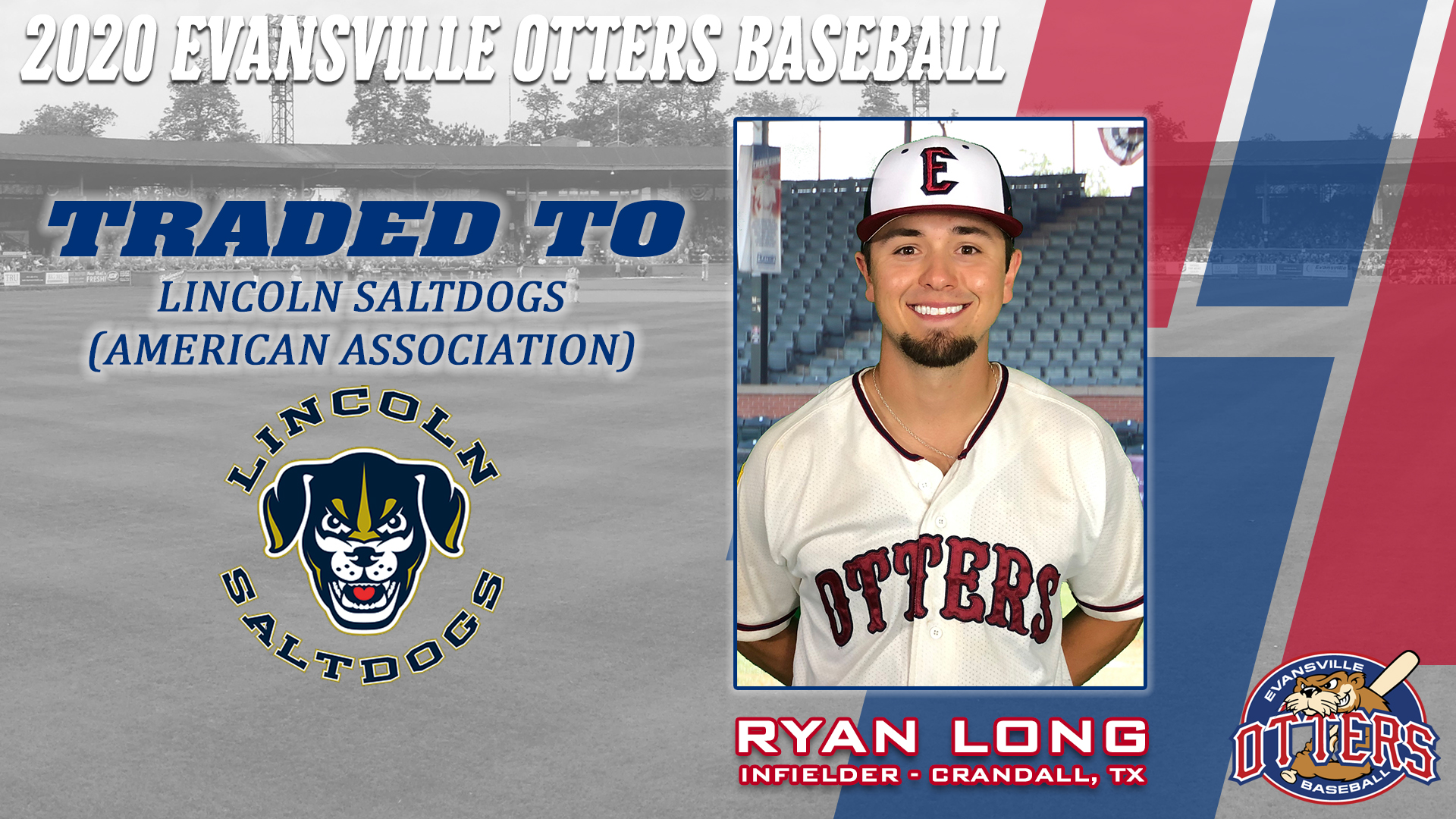 EVANSVILLE, Ind. – The Evansville Otters have finalized a deal to send third baseman Ryan Long to the Lincoln Saltdogs of the American Association, ending a three-year stay in Evansville.

The deal completes an earlier trade with Lincoln that brought outfielder Nick Schulz to Evansville early in the offseason.

“We’d of course like to have Ryan back for another championship run, but Ryan and we agree that this opportunity will give him added exposure at an increased level of play,” Otters manager Andy McCauley said.

“Moving Ryan on reinforces our commitment to our players, and from ownership on down, we will always do what we can to move players on in furthering their careers.”

Long, a Crandall, Texas native, joined the Otters in 2017 and capped off his stint with the Otters by earning the Frontier League’s Morgan Burkhart Most Valuable Player award in 2019.

“We used him as a leadoff hitter in his first year with the Otters, showing great discipline at the plate and getting on base,” McCauley said. “As the needs arose in power positions in our lineup, he stepped up to that challenge as well and became one of the top home run and RBI guys in the league.”

Long’s 26 doubles in his 2019 MVP season tied for fourth in the franchise’s single-season record marks, and his 78 RBIs last year is second only to Jeff Gardner’s 86 RBIs in 2017. Long also hit seven triples in 2018, which is good for third among the Otters’ single-season ranks.

“Ryan just got better every year, and he also gave us great versatility in the field playing multiple positions for us,” McCauley said.

Long was a member of three postseason appearances by the Otters and was a two-time Frontier League All-Star selection.

The infielder came to Evansville following his senior season at Texas Tech in 2017, and he was a member of the 2016 Big 12 Championship team at Texas Tech.

“Ryan is a quality person of character and toughness, and he played hard every night for the Otters organization,” McCauley said. “A leader by example on and off the field, Ryan took his commitment to baseball and the Otters seriously.”

“We wish him the best of luck with Lincoln.” 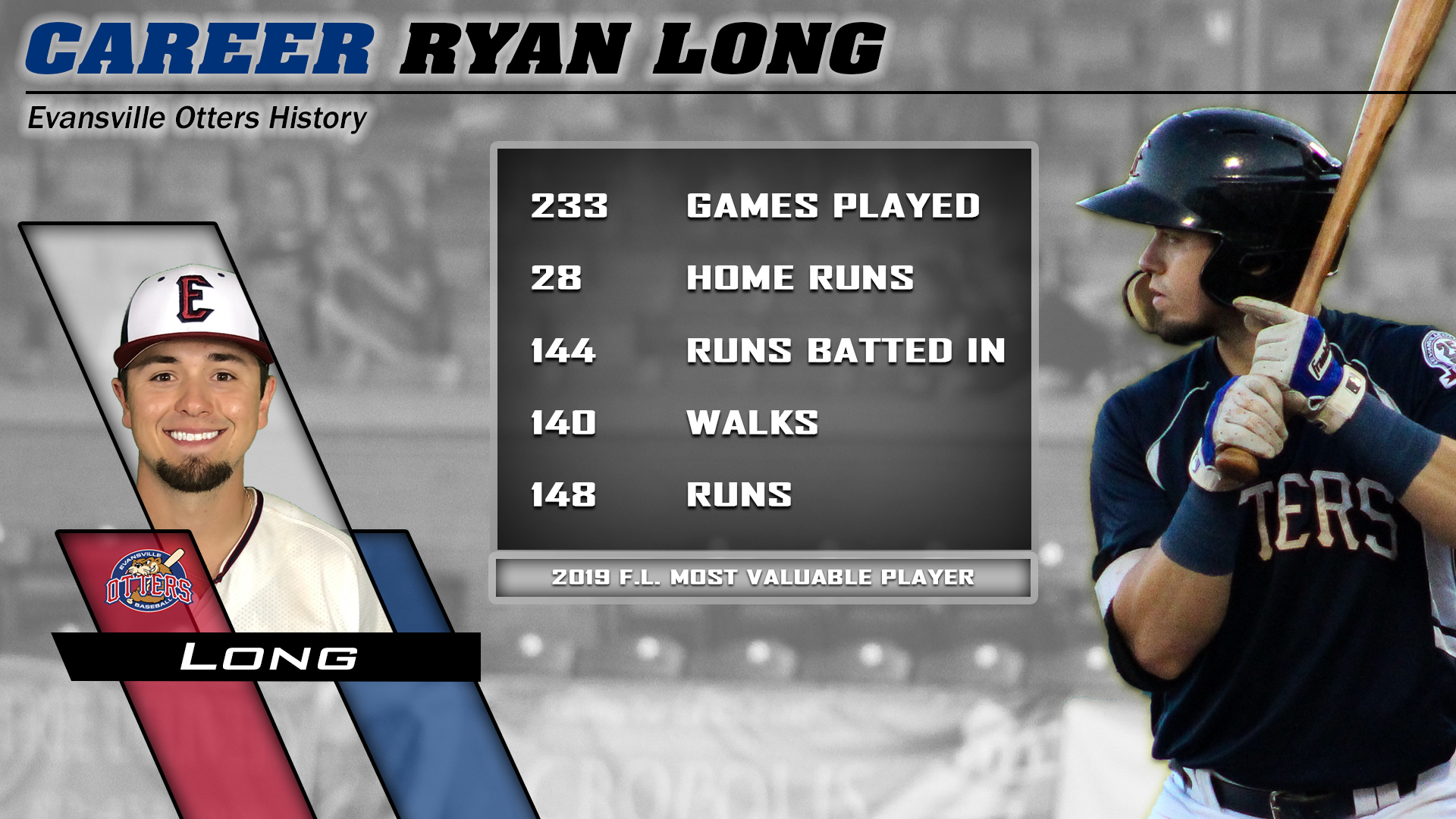 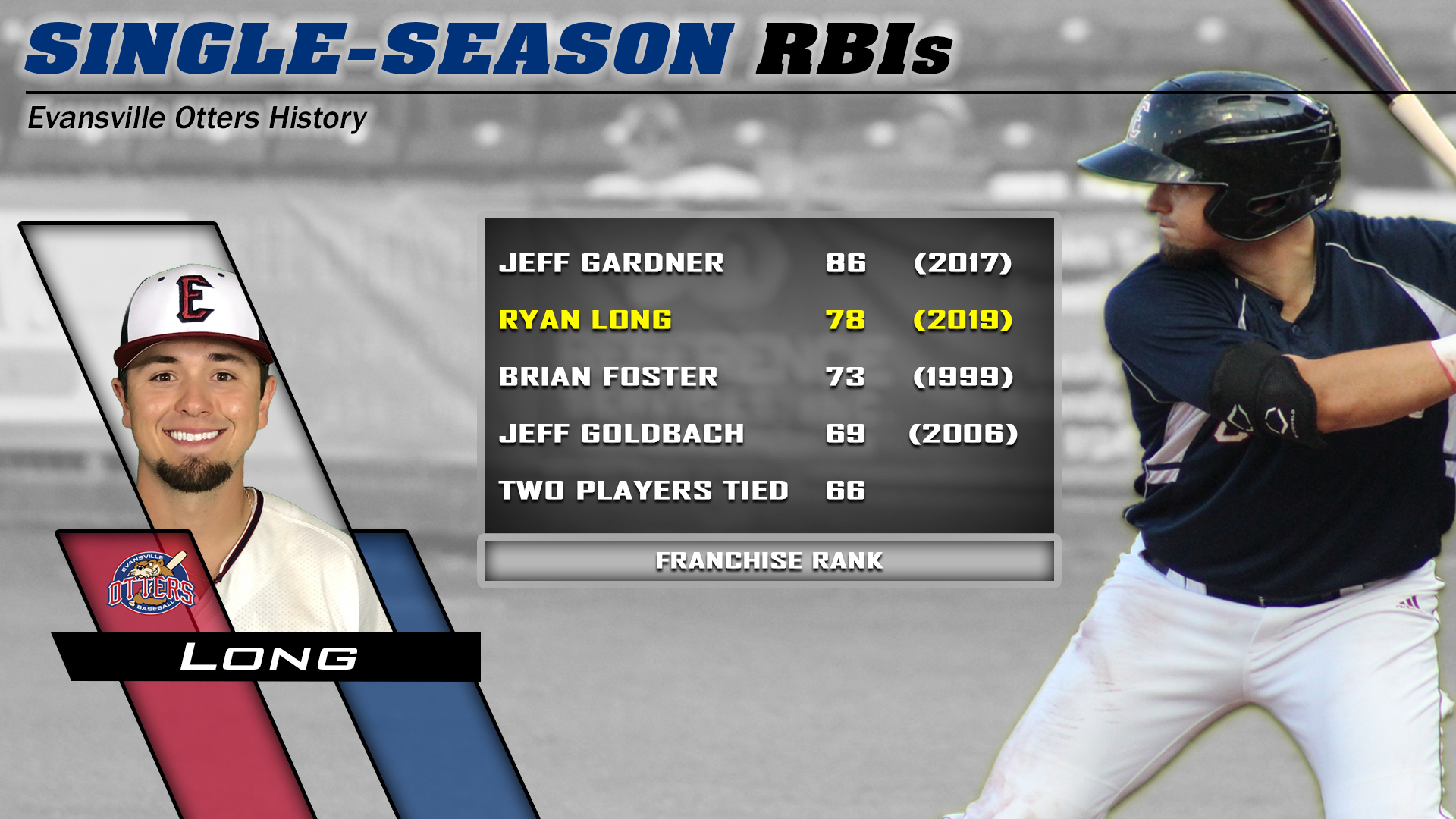