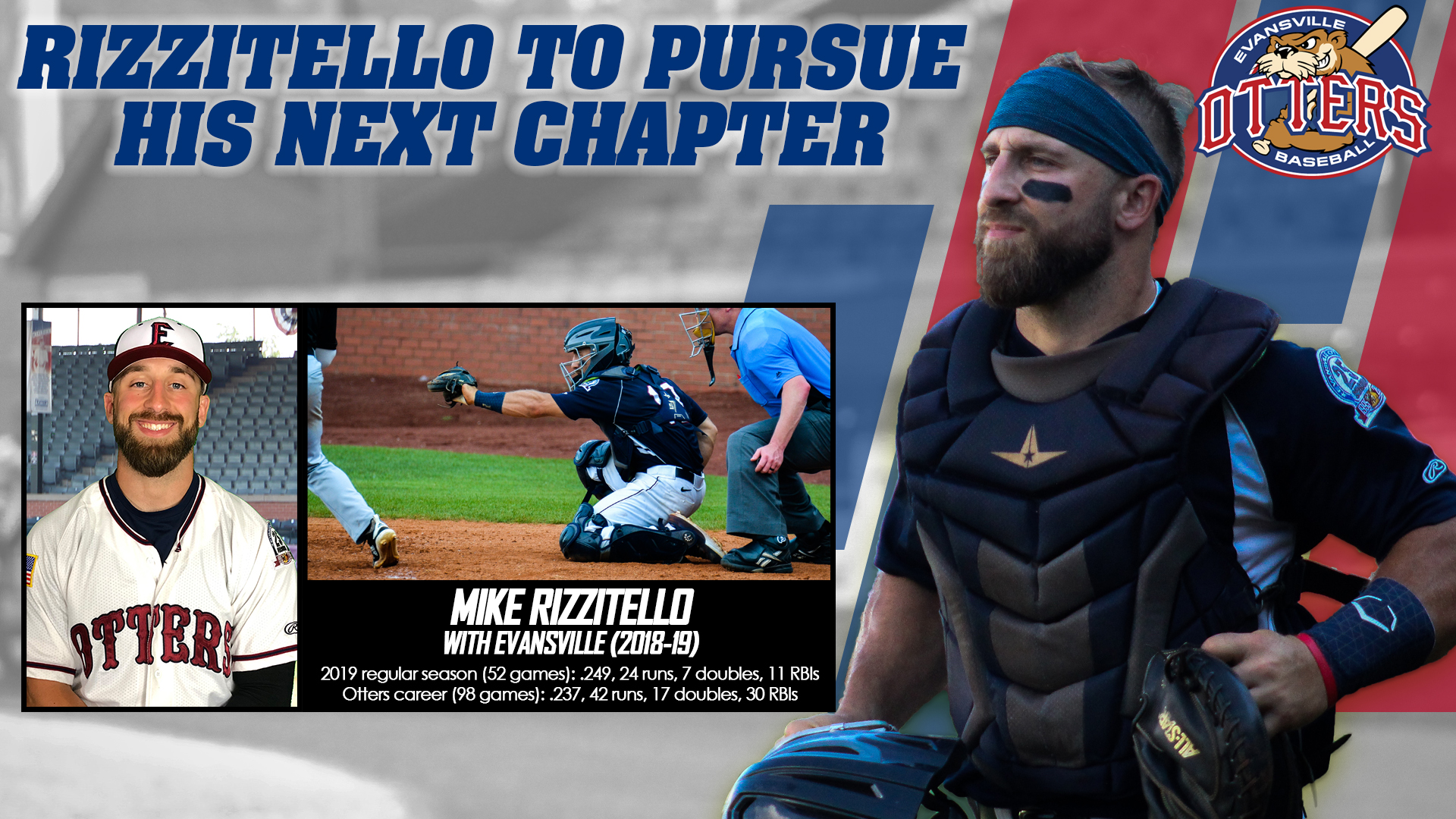 EVANSVILLE, Ind. – The Evansville Otters announced that catcher Mike Rizzitello will not return in 2020, as Evansville’s backstop has decided to step away from the game as a player.

Rizzitello recently posted on social media that he felt now was the time to have a life outside of the diamond, looking to finish school, spend time with friends and family, and coaching at his high school alma mater Connetquot High School.

“It was great to have Mike on our team the last two seasons,” Otters manager Andy McCauley said. “He was a hard worker, a leader in the clubhouse, and a great battery mate to our pitching staff.”

“It’s the hardest decision I’ve ever had to make in my life, but I’m so grateful to be walking away on my terms,” Rizzitello said.

Evansville’s game three FLDS loss to the eventual Frontier League champion River City Rascals on Sept. 6, 2019 was Rizzitello’s last game as an Otter, finishing with a hit and a run scored.

“I’ve sacrificed everything I could, worked my tail off, and played every game with a burning passion,” Rizzitello said. “I’ve given everything I have left to give, and I can honestly say I wouldn’t be the man I am today without it.”

The Ronkonkoma, N.Y. native played for the San Rafael Pacifics of the Pacific Association in 2017, where he won the Rookie of the Year award.

Rizzitello spent his four seasons of intercollegiate eligibility at Dowling College from 2013-16.

“Everything I did or didn’t do was determined by how it would affect me on the baseball field,” Rizzitello said. “Playing baseball was more than just a game, it was my identity.”

“We want to thank Mike for what he did and gave to the Otters organization, and we wish him the best of luck in the next chapter of his life,” McCauley said.

Rizzitello extends his thanks to his parents, coaches and mentors, teammates, and to the game of baseball.