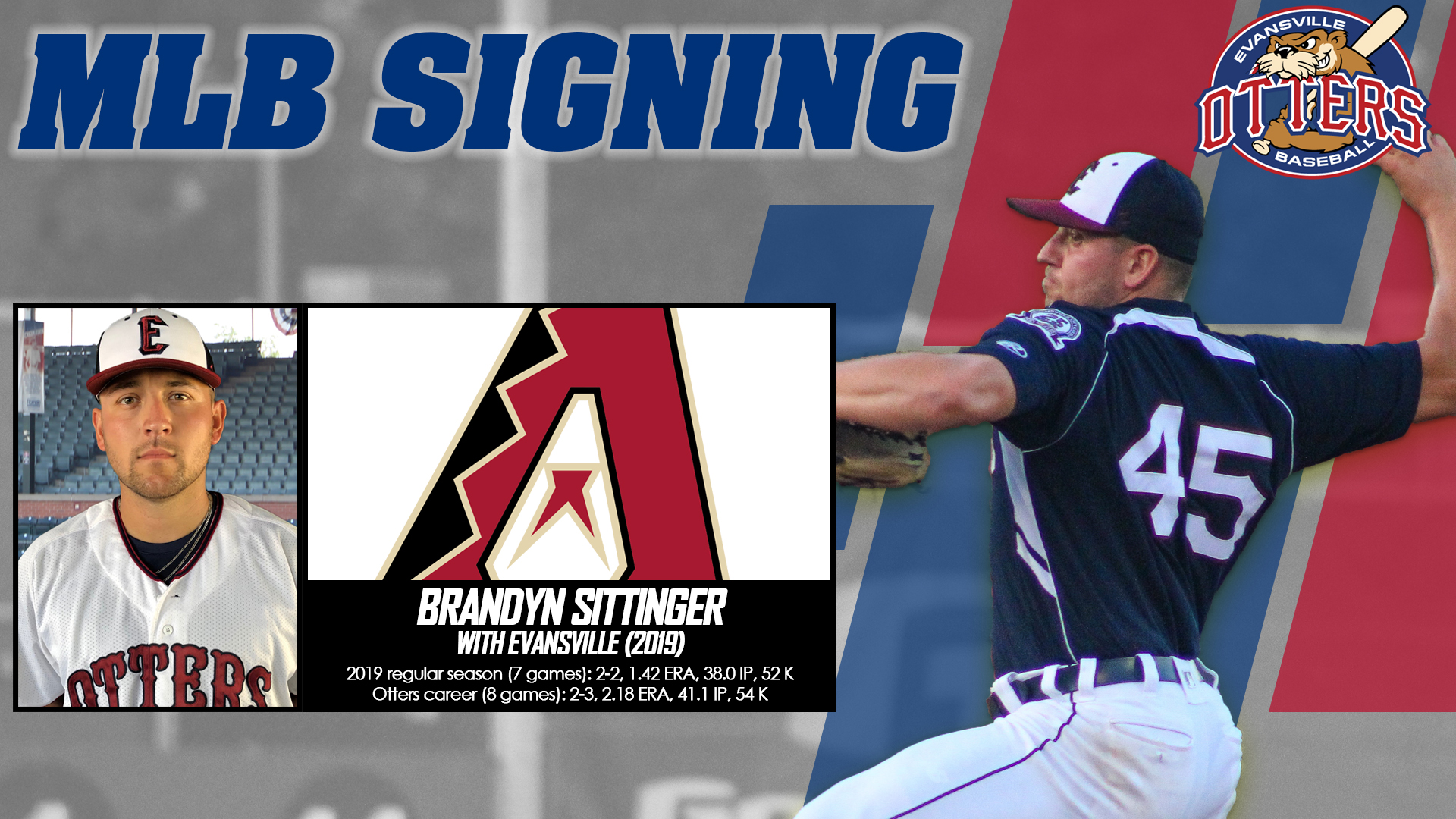 Brandyn Sittinger, from LaGrange, Ohio, signed and joined the Otters midway through the 2019 regular season after a stint with the Detroit Tigers organization.

The right-hander was drafted by the Detroit Tigers in the 17th round of the 2016 MLB June Amateur Draft out of Ashland University, reaching as high as Double-A with the Erie SeaWolves.

“I was excited and relieved to get the news,” Sittinger said. “It’s exciting to get a call that someone wants to sign you but also a relief because I don’t have to wonder if anyone will give me that second opportunity in affiliated baseball.”

“Brandyn has a power arm and an ability to throw four-plus pitches,” Otters manager Andy McCauley said. “Moving him to the starting rotation was key to getting him innings in a short amount of time.”

In consecutive starts in early August against the Southern Illinois Miners and the Washington Wild Things, Sittinger combined to go 12 innings pitched, allowing no earned runs, and struck out 21 batters.

“The keys for me on the mound were going right at hitters and being confident while I was out there,” Sittinger said.

“Max (Peterson) and Andy (McCauley) made me feel very comfortable out there knowing they believed in me, which made it that much easier to go out there and have confidence in myself while I was on the mound.”

“Brandyn was a great character guy in our clubhouse,” McCauley said. “He had a comfortable transition to independent baseball, getting along with the other guys.”

Overall, Sittinger went 2-2 with a 1.42 ERA and 52 strikeouts in 38 innings pitched and seven appearances with the Otters.

“I want to go out there right away and prove myself to the staff and coordinators of the Diamondbacks, but at the same time, I have to go out there and just do what I’ve always done – compete,” Sittinger said.

This time around Sittinger said he’ll have a mindset of knowing he belongs and can compete at the affiliated level.

“I’m just going to continue to do what I did in Evansville, competing on every pitch,” Sittinger said.

Sittinger joins five other Otters to be signed to an affiliated organization in 2019 and second signed by the Diamondbacks.

“Arizona was interested in Brandyn from the day we signed him,” McCauley said. “They just were waiting for a spot to open and it never did during the season. They didn’t want to take a chance of missing out on him as the offseason progressed.”

“I’m grateful for the opportunity the Diamondbacks are giving Brandyn and wish him the best of luck.”

Former Otters starting pitcher Patrick McGuff also signed with the Diamondbacks organization after a 5-0 start with a 1.04 ERA and 60 strikeouts in early June.

The Otters have sent 80 players to affiliated organizations out of Evansville. 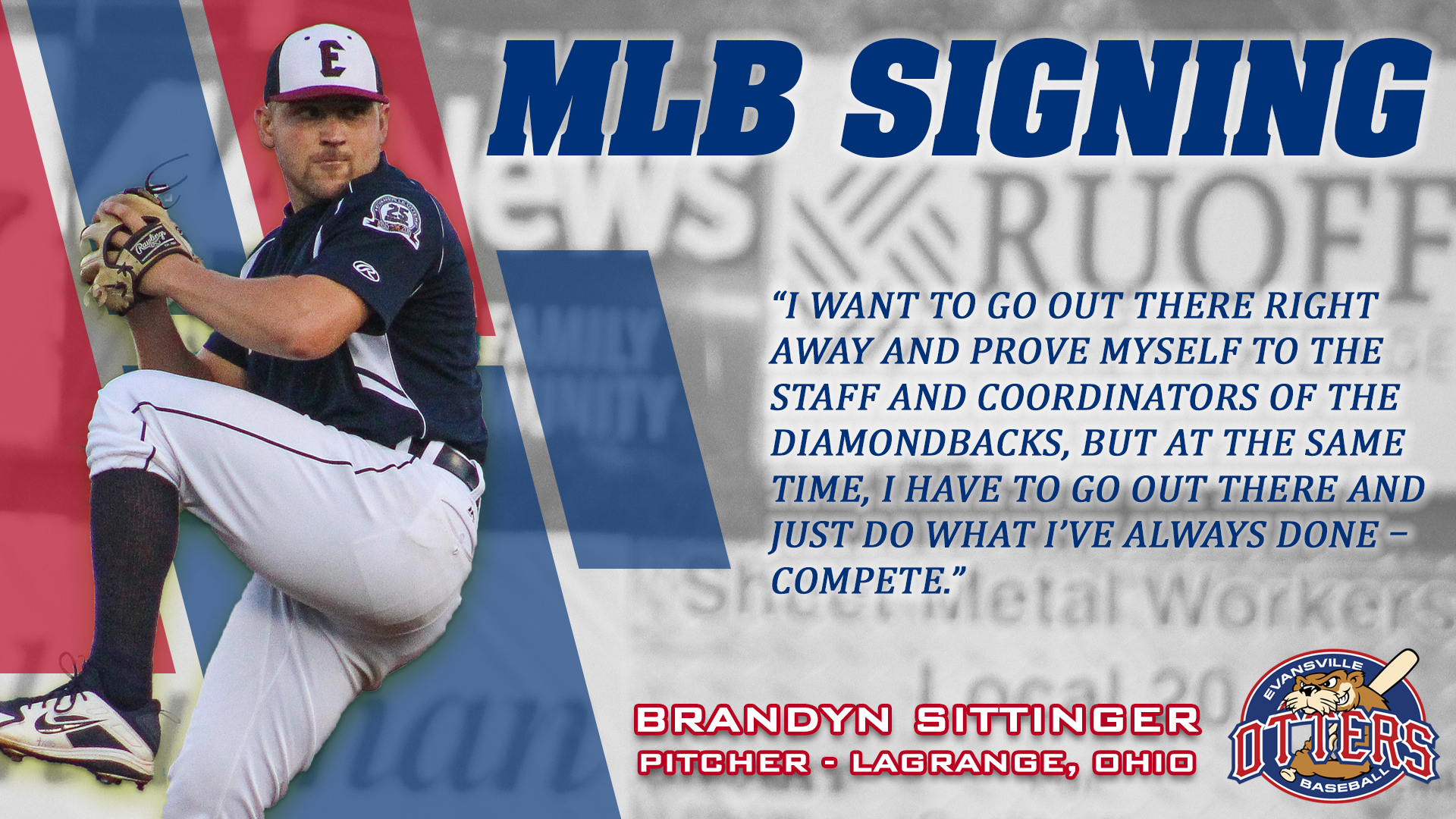 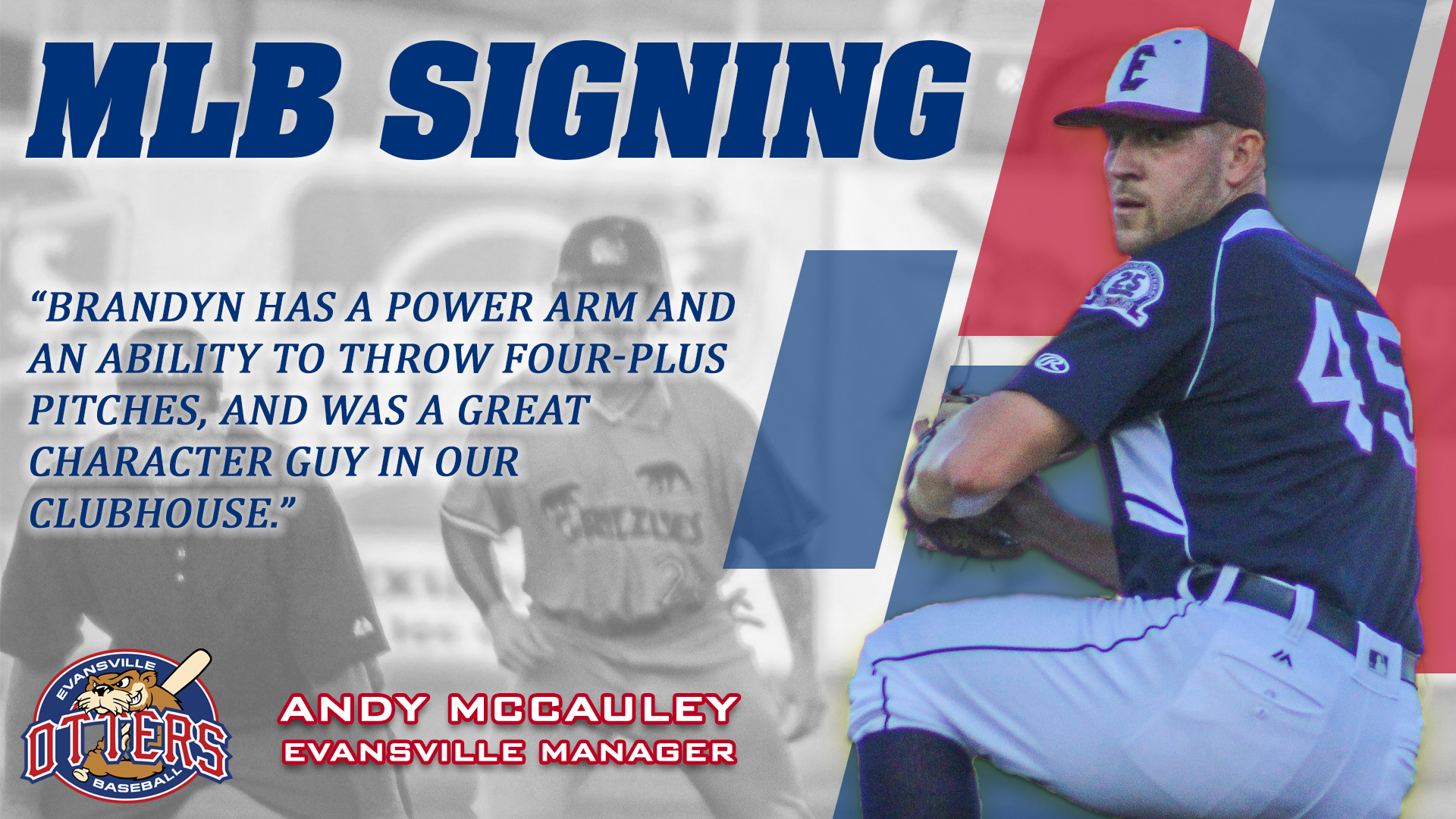